BNS
aA
Lithuanian President Gitanas Nauseda knows for some time already what he will be doing on the night of September 10 as the Lithuanian leader, a huge fan of the Portuguese national football team for the past 15 years, says he could never skip Cristiano Ronaldo's team game with Lithuania. 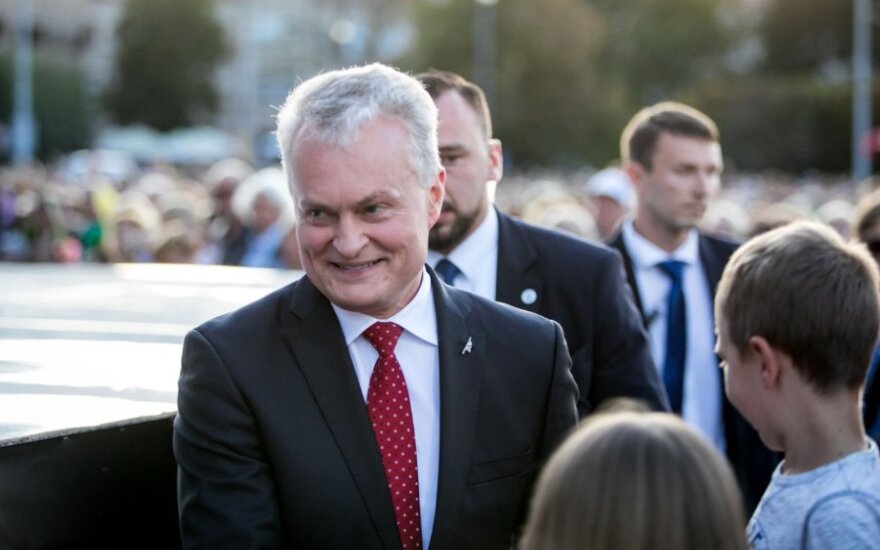 "It be unjustified if I missed that game. Portugal is the second team after Lithuania I am a fan of," the president said in an exclusive interview with BNS Lithuania. "I believe it all started some 15 years ago. I could hardly say exactly how now, and to tell the truth, rationally explain why Portugal specifically. Probably because they are Brazilians in Europe."

Lithuania will face Portugal in Vilnius on Tuesday night to qualify for Euro 2020. Although hardly anyone has doubts over the national teams' abilities, with Portugal ranked sixth and Lithuania being 130th in the FIFA ratings, the Lithuanian president says he's not losing hope over the game, and also over the future of football in Lithuania.

"I am a realist who hopes for an optimistic result. Football is a game in which a result can be achieved through defense only. In this case, I really hope we'll see certain elements of offence, and out team needs that very much as in general our football lacks that offensive ardor or potential very much," the president said.

"I hope everything will be fine and it will give people a lot of joy just because we will see so many stars on the pitch. And most importantly, we might also see some signs of rebirth of Lithuania's football. And if that happens, I will be glad about it very much. To tell the truth, I will be more delighted with that rather than the result, if it comes out as unfavorable," Nauseda said.

Lithuania and Portugal are in Group B, with the Lithuanian team in the fifth place with one point and the Portuguese team is second with five points. Ukraine lead the group, with Luxembourg in the third and Serbia in the fourth place.