(3)
Neal Maloney,
DELFI EN
aA
I just wanted to say, I understand the Lithuanian way of basketball. I have been a fan my whole life. It is a way that doesn’t have a lot of personal ego problems among the players because they make themselves part of a team-oriented system. No one, not even JV, cares how many points he scores. Our team is deep, very deep. We can put in a lot of different players and still have a strong team on the floor.
Sekite svarbiausias naujienas socialiniuose tinkluose! 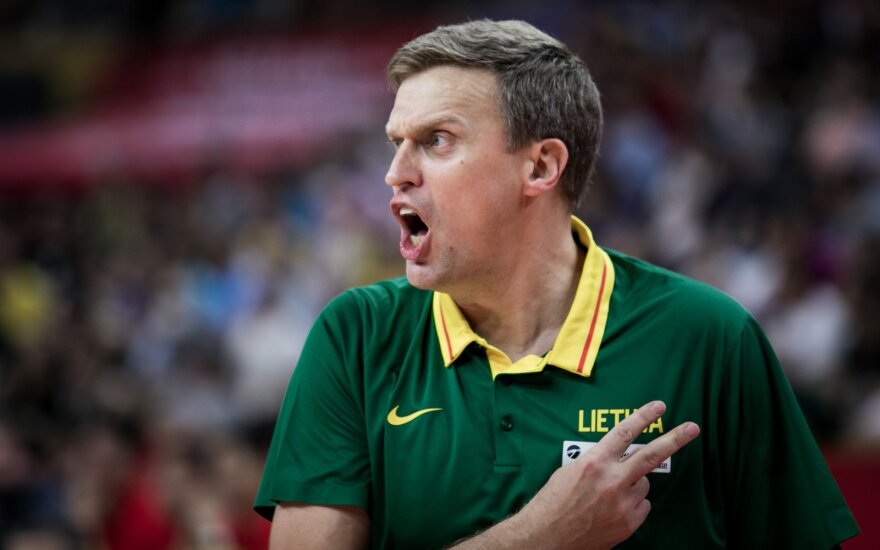 We are going to lose our opportunity in this tournament unless you have the capacity to at least listen to what I have to say.

1) Try to play Lukas and Mantas together. At the end of the Australia game, you wanted to put Mantas in, I understand that. But why did you have to take out Lukas to do that? Mantas is a natural shooting guard, he could easily switch positions and defer to Lukas as the point guard. If you wanted to take someone out, you should have taken Edgaras out, a player who was having a terrible game...yet he plays 25 minutes?

2) Grigonis is hitting his peak in his life right about now. The man is a pure scorer who in the NBA would probably average 18 points a game. Why would you take him out when he is torching the opposition in favor of Seibutis? Sure Renaldas is still a valuable member of the team but when Marius is going berserk and scoring 19 points just leave him in!

3) Trust Mindaugas Kuzminskas. He is a much better player than Paulius Jankūnas or Edgaras Ulanovas. He is a small ball stretch 4 who would average 20 points a game in the NBA if he wasn’t playing the same position as a player called Carmelo Anthony. He should get 25-30 min a game next to Domas or Jonas.

4) Speaking of which, it is nearly impossible to play the two NBA bigs together. Lithuania doesn’t have enough shooting, especially when you got Edgaras in the game who also is a terrible 3-point shooter. Just play JV to start, then bring Domas in off the bench which he is used to with the Indiana Pacers. This is your efficient 5. Jonas paired with Mačiulis to start, and Domas with Mindas off the bench. There must be a “stretch” type 4 to go with whatever center we have on the floor.

5) Give Mantas the green light to become a scorer. This guy averaged 17 points a game during the 2015 Silver Medal Euro basket team! He’s never going to be a true point guard, he’s a natural scorer. Every Euro league club he’s ever played on has used him at the 2 spot. Unleash him.

I’m not trying to tell you that you aren’t doing a good job as a coach. In many ways, you have done an amazing job. In my personal opinion, just not in end of game situations, which I admit as a basketball coach myself are very difficult. You can’t go wrong however if you just ride the hot hand. In the Australia game, it was Marius and Lukas. I know you know this so I won’t beat this dead horse as we say in the states.

GOOD LUCK TO YOU AGAINST FRANCE SIR!!! MES UŽ LIETUVĄ!!!