On this day in sport: July 4

aA
As another four year journey comes to a close for International football fans we can look back on a FIFA World Cup tournament filled with highlights and entertainment. 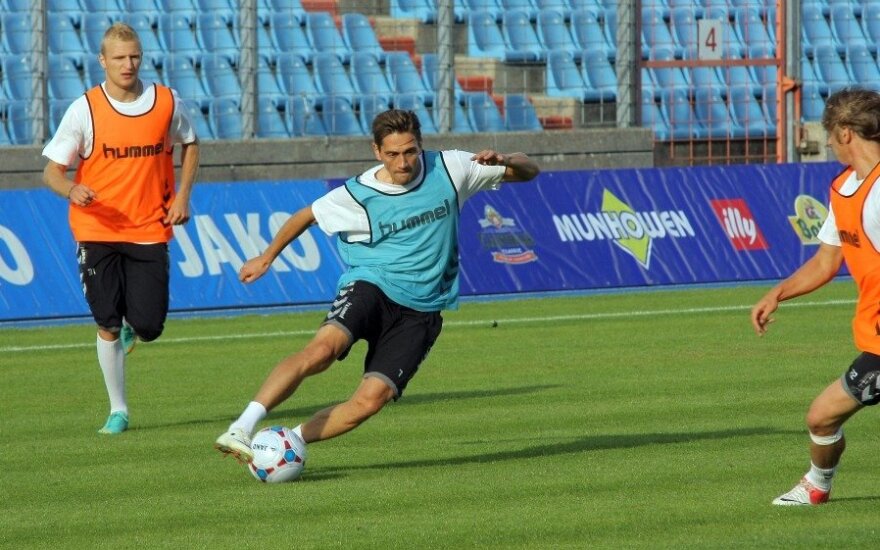 The 2001 Baltic Cup would also display these traits as Lithuania recorded its comeback of the decade against Estonia on this day in Riga.

Day 1 saw the host nation account for Estonia 3:1 therefore a large win was required for the travelling nation, one in search of its first title since 1938.

Initially, before a small crowd of 500 at the Daugava Stadium, the drought seemed a mission impossible to end when challenging Lithuania (a nation which had taken out the previous two tournament’s honours).
Fast forward to the 35th minute of the first half and Estonia were back on top of the table leading Lithuania 2:0 thanks to goals by Mark Švets (7’) and Aivar Anniste.

Silence reportedly summed up the Lithuanian camp at this stage.
Thankfully, Orestas Buitkus was able to open Lithuania’s account a minute later however even the Sconto FC (Latvian side) midfielder would be left with his hands on his head as Lithuania trailed Estonia 1:2 at half-time.
Throughout the main break, Lithuanian officials demanded leadership from their marquee personnel and scores were then leveled during the first minute of the second half thanks to a Deividas Česnauskis goal.

It would be Česnauskis’ first International game and goal, following a 54-game-career with Ekranas Panevėžys.

Prior to this day, the 19-year-old had signed with Russian Premier Club Dynamo Moscow.

However a 2:2 draw would not be enough to put Lithuania in good stead for a third consecutive title.

Cometh the hour, cometh the man, Nerijus Vasiliauskas would have no problem in handing Lithuania a 3:2 lead as one of his nation’s domestic league favourites.

Traditionally in football, the 90th minute signals extra time.
On this day in 2001, it would also be recorded as the minute the injury plagued Valdas Trakys scored his final International goal.

Therefore the midfielder would claim a penalty kick, scoring Lithuania’s final goal (91’) in his nation’s greatest comeback of the modern era.
Sadly, Lithuania would face defeat to the host nation the following day before 4,000 people nevertheless the tournament will always be remembered by the fans for the miraculous 5:2 win on this day in sport.