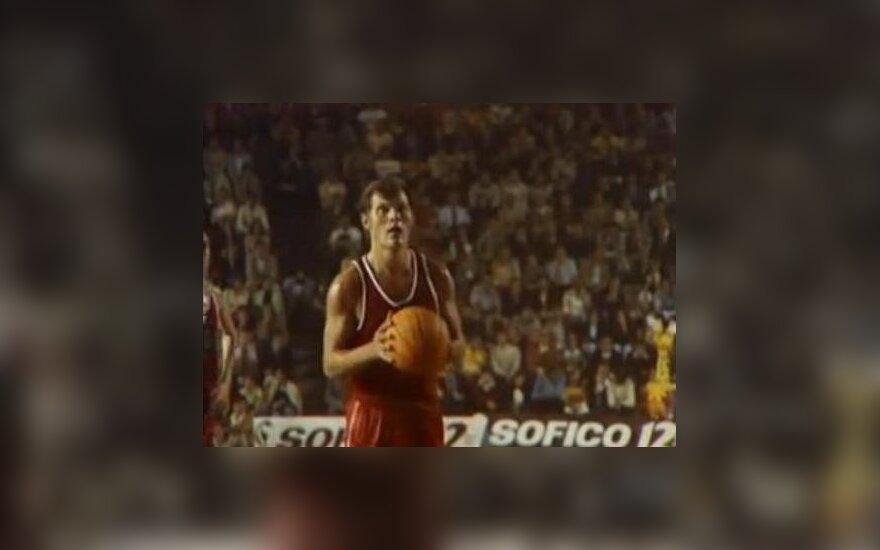 Modestas Paulauskas pictured on film at the 1973 EuroBasket in Spain.

On this day in 1973, the 28-year-old bowed out of his fifth consecutive tournament with a fifth medal as a Lithuanian in the USSR team.

On this day in sport: 5 October

On this day in sport: 1 October

Last month, this column was a merger of Lithuania’s achievements at the Sydney Olympics as well as...

On this day in sport: 30 September

On this day in 1988, four Lithuanian men proudly stood arm in arm for a photograph.

On this day in sport: 28 September

Today we honour the late Vitalija Tuomaitė who was a patriot of women’s basketball in Lithuania...