Alex Tigani | The Lithuania Tribune
aA
As the Chief Sports Writer for Tėviškės Aidai (Australian/Lithuanian newspaper) from September 2009 until November 2013 I was able to dissect Lithuania’s sporting triumphs. 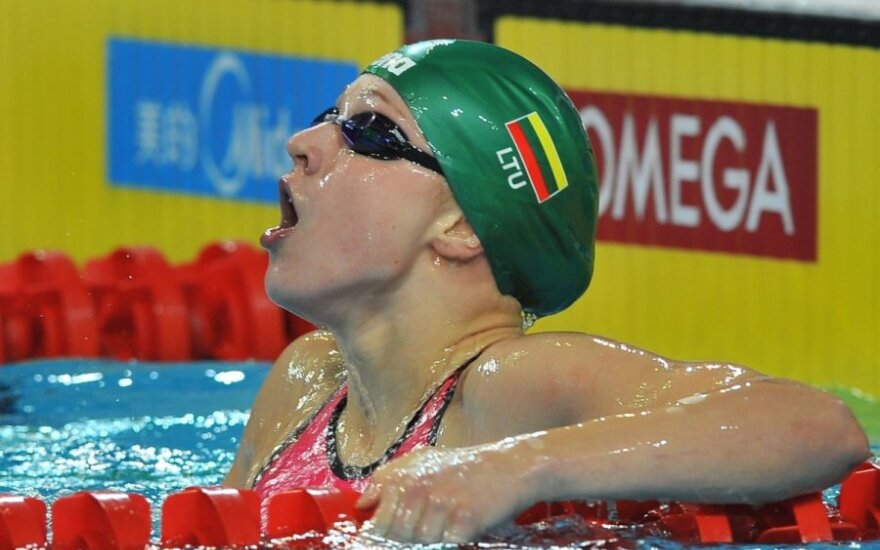 Many readers were astonished were talents outside the basketball court would fill the headlines from the Baltic nation.

However we were all taken back on this day in 2012 as a young Ruta Meilutytė splashed into our lives.

Here is the story I composed a few hours later for the Australian/Lithuanian community:

Lithuanian Olympic history was made on tonight when swimmer Rūta Meilutytė took out the Gold medal in the women’s 100m breaststroke final, becoming the first Lithuanian to win any kind of Olympic medal during their twenty years of participation in the pool.

As a result, Meilutytė also became the youngest Lithuanian in history to win an Olympic medal at her youthful age of 15 years, 133 days.

While the rest of the world was astounded by Meilutytė’s achievement due to her young age Lithuanians across the planet were thrilled to see that their nation had finally entered the medal table, only the sixteenth nation to snatch a gold medal by tonight (Day 5).

The teenager had an all-round successful two days in the lanes after her first swim not only placed her 1st out of the forty-six competitors in the heat trials but was also recorded as the new Lithuanian record at 1:05.56.

That record would only last for an hour as Meilutytė would go onto record a semi-final time of 1:05.21, breaking the European record and booking a spot in the final where she would face some big names including Rebecca Soni (USA) and the 2008 Gold Medallist, Leisel Jones (Australia).

President Dalia Grybauskaitė’s decision of extending her London visit to see Meilutytė paid dividends as the nation’s leader was broadcasted to the world jumping and cheering amongst her Lithuanian cheer-squad while their cult hero, Meilutytė, made her way toward the starting end.

Thankfully, Meilutytė managed to maintain her professional concentration pre-race after her fellow Olympic debutant, Breeja Larson (USA) delayed the final by a minute due to a false start.

The following minute would see Meilutytė evolve from a school girl to a national hero as her time of 1:05.47 was .08 faster than Soni’s while Japan’s Satomi Suzuki settled for Bronze ahead of Jones who placed 5th for Australia.

Meilutytė became only the fourth Lithuanian athlete to receive the ultimate Olympic accolade and only the second female after Daina Gudzinevičiūtė won the inaugural trap shooting contest in Sydney 12 years prior (Virgilijus Alekna and Romas Ubartas were the other Gold medallists after they dominated the Discuss competition from 1996-2004) .

Unfortunately for Lithuanians, the British press took claim of the young superstar just minutes after she stepped off the podium as the Daily Mail published “British student wins gold”, due to the fact she is currently studying at Plymouth.

Technically, Meilutytė was eligible to represent the host nation due to her dual citizenship.

However if you were one of the millions across the world who witnessed her crying tears of joy to the Lietuvos Himnas then you’ll know that she was, is and will always be a proud Lithuanian.

Prior to Rūta Meilutytė’s Olympic triumph, this day would be recognised by Lithuanian sporting...