Alex Tigani | The Lithuania Tribune
As Lithuania prepares for another UEFA European qualifying campaign, football fanatics will look back on another milestone on this day 20 years ago. 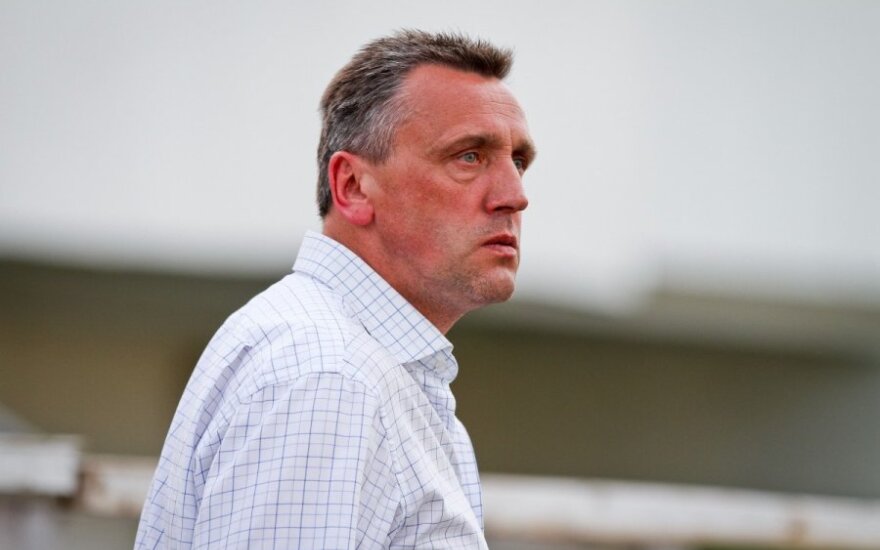 Though Lithuania has never been a superior nation in the world game, the Baltic nation has produced a few gems along the journey such as Valdas Ivanauskas.

European onlookers have stated that Ivanauskas’ contribution to Lithuania’s International football in the 1990’s mount’s to the legacy left by Diego Maradona in Argentina and even Franz Beckenbauer throughout Germany.

On this day in Sport, Ivanauskas would kick off Lithuania’s successful 1994 Baltic Cup tournament by kicking the opening two goals in the host nation’s 3:0 win over Estonia.

The 27-year-old would cap off the year by taking out his fourth LFF (Lithuanian Football Federation) Player of the year title due to his efforts for the national team as well as with German side Hamburger SV in the Bundesliga.

Saulius Mikalajūnas was the other contributor to the goal sheet on this day.

The 61st minute would see the 21-year-old kick his first and only International goal in what would be his first of 42 matches for Lithuania.

Day 2 would see Latvia defeat Estonia 2:0 before an Andrėjus Tereškinas penalty would see Lithuania defeat Latvia 1:0 before a crowd of 1,000 at the Žalgiris Stadium in Vilnius.

This would see Lithuania claim three of the first four Baltic Cup tournaments following the Soviet Occupation of the coastal states.

However this Baltic Cup will be remembered as the only tournament won by Valdas Ivanauskas, a Lithuanian icon in the world game.