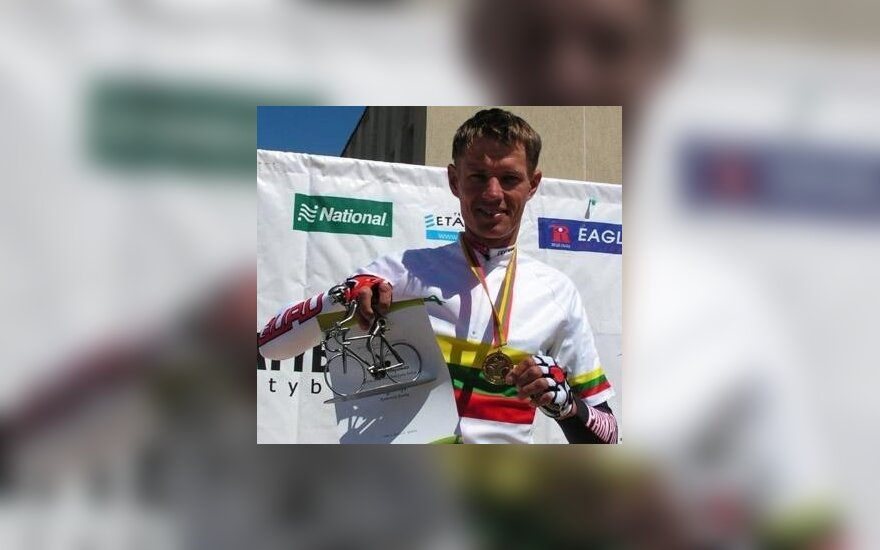 Fittingly on this day sport, another Lithuanian name would stand proudly on the podium in Raimondas Rumšas.

Though the 30-year-old would not win any stage of the 2002 Tour De France he would stand proudly on the final podium for finishing 3rd overall.

The American national anthem would play in honour of the Tour winner, and cancer survivor, Lance Armstrong (his 4th of seven consecutive) while Spaniard Joseba Beloki claimed second place, reaching the finish line exactly one minute before Rumšas.

Sadly for Lithuanian cycling, particularly when observing the male sector, Rumšas would be implicated in a doping scandal.

After the podium ceremony, held before the famous Champs-Élysées, police discovered corticoids, erythropoietin, testosterone, growth hormones and anabolic steroids in the car of his wife, Edita Rumšienė.

She was jailed for several months before being released, despite her claim that the drugs were for her mother-in-law.

Just over a decade later in August 2012, Lance Armstrong would be stripped of his Tour De France titles and stage wins also due to a doping scandal.

While Rumšas remains as the third place winner (now second) as well as the 2002 Lithuanian Athlete of the year, Armstrong has been issued a lifetime ban from competition, applicable to all sports which follow the World Anti-Doping Agency code.

On behalf of the whole Geelong Lithuanian Community, Navardauskas’ hosts during the 2010 UCI World Road Championships, we are very proud to see that the 26-year-old has added to his long list of accolades and continued to promote Lithuania’s name in the sport.

Ramūnas Navardauskas made minor history Friday when he became the first Lithuanian cyclist to win a...