Alex Tigani | The Lithuania Tribune
aA
The recent 2012 documentary film “The Other Dream Team” marked a new high in the exposure of Lithuania’s love of basketball to the world through its thorough history of competition mixed with the emotions of conflict in the Baltic nation. 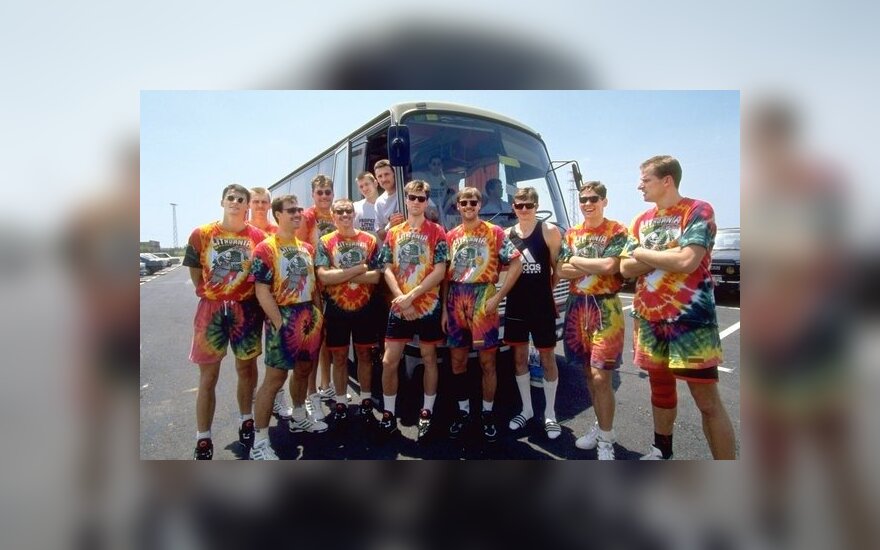 Amongst the disappointment shared by Lithuanian basketball fanatics was the vague recollection of the Independent nation’s first Olympic match against China which took place on this day in sport.
Prior Lithuanians would be forced to represent the USSR team; as a result names such as Stonkus, Petkevičius, Butautas and Paulauskas were ignorantly labeled “Russian” throughout the Cold war.

Interestingly, Lithuania was still an Independent nation during the time of the inaugural Olympic basketball tournament in 1936 however the entire nation would not be invited by the hosts, Nazi Germany, due to the Memelland-Klaipėda region controversy.

The US would take out the inaugural title in Berlin, ironically under the leadership of Pranas Lubinas (an American born Lithuanian legend).

Therefore with so much Lithuanian glory already embedded in the history of Olympic basketball, expectations of the small European nation would be astronomical on this day in Barcelona.

As for the result…

Lithuania, a country of 3 million survivors of Soviet Occupation, would out muscle the world’s highest populated nation 112:75 in a one sided affair.

In what would be his second of three Olympic tournaments, Rimas Kurtinaitis would pour 31-points in Lithuania’s victory off the back of his seven steals.

Only Šarūnas Marčiulionis had scored more in an Olympic match (32 v. Puerto Rico, 1988) in the Lithuanian team at the time, he would record 15-points and 12-assists on this day.

Though Arūnas Visockas would only play in two Olympic matches throughout his career, he would debut alongside Gintaras Krapikas against China and the two would combine for 23-points.

208cm tall center Gintaras Einikis also made his debut on this night, he would go onto to play in all three of Lithuania’s podium finishing Olympic tournaments.

Twelve years after last playing off in an Olympic tournament, 37-year-old Sergėjus Jovaiša also featured on this day as did 33-year-old Valdemaras Chomičius.

Arvydas Sabonis would not only step up to the Olympic stage with his 19-points but the big friendly giant would also conquer the statistics by recording 14-rebounds, almost four times more than any other player on the court.

Lithuania would go onto claim the Bronze medal in this tournament as many already know while China would finish 12th as the only nation unable to win a match in the tournament.