Alex Tigani | The Lithuania Tribune
aA
It’s hard to believe that more than a decade has passed since Linas Kleiza rose to International stardom however he did just that on this day in 2003. 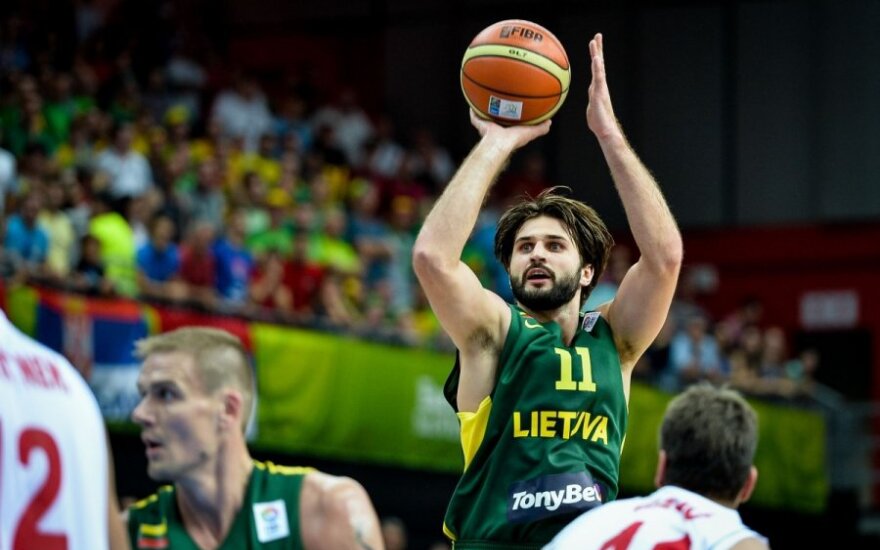 The 18-year-old would combine for 41 points and 25 rebounds with Paulius Jankūnas in Day 1 of the FIBA Junior World Championships in Thessaloniki however would still face defeat to Croatia (69:73).

Defensive duo Darius Šilinskis and Paulius Joneliūnas would launch Lithuania back into title contention with a percentage gaining win over Malaysia (107:39) before the accuracy of Gediminas Maceina would guarantee back to back wins against Venezuela (108:60).

Lithuania would defeat Australia and Andrew Bogut (96:87) and however would fall short of the US (84:87) thanks to a 47-point-effort by Daniel Brown.

Brown, who would play in the NBA for the Washington Wizards, now plays for VEF Rīga in Latvia.

Though Laurynas Peciukaitis, Steponas Babrauskas and Linas Lekavičius would all be ruled out of the final group match against Puerto Rico, Kleiza would again step up and pour 42 points (combining for 58 with Jankūnas).

The Baltic nation would rise to prominence when booking a spot in the final thanks to a 75:72 over the host nation Greece however would settle for silver on the podium when falling short to Australia (92:126).

Kleiza would score 26 points in the final before 2,500 people ahead of Babrauskas (20) and the multi-medaled Artūras Jomantas (16).

However they would be no match for the energetic Australian pair in Bogut (35) and Steven Marković (30).

Bogut, who was rewarded with the tournament MVP title, was Coached by Australian Lithuanian Joe Ramanauskas (father of Essendon footballer Adam).