Alex Tigani | The Lithuania Tribune
aA
As the Australian Football League celebrates its “Diversity Round” for 2014 its fitting we look back on an Australian-Lithuanian legend, Adam Ramanauskas. 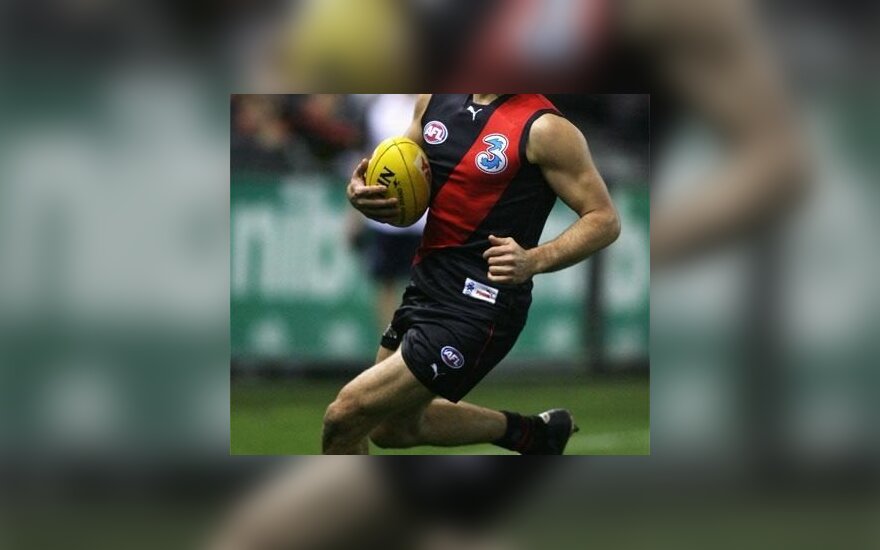 It was ten years ago today when the 23-year-old led his Essendon teammates onto the field in honour of his 100th AFL game, the first player of Lithuanian descent to do so.

However unlike the hundreds before him, his career had been interrupted in 2003 when he was diagnosed with cancer; hence why a national audience would tune in to support him on this night in 2004.

Sadly, Ramanauskas’ Captain James Hird would be unavailable on this night and the West Coast Eagles would triumph to an 18.9.117 to 10.13.73 win in what would be another jacket waving affair.

On a positive note however, this would only be Ramanauskas’ 2nd defeat at the Subiaco Oval in Perth and his 29th overall (finishing his first 100 games with a 70-1-29 win loss record).

Both Ramanauskas, three time Coleman medalist Matthew Lloyd and current player Dustin Fletcher would collect 11 disposals on this night against an opposition which would produce the following two Brownlow medalists and the 2006 AFL Premiership.

Ironically for Australian-Lithuanians, Essendon will playoff against the Western Bulldogs this weekend (AFL Diversity Round) in Melbourne at the Docklands stadium (9:30am Vilnius time).

The Essendon list currently features Dylan (Bertašius) while the Bulldogs introduced the Lithuanian name, Algy Vosilaitis, to our game 50 winters ago!