Alex Tigani | The Lithuania Tribune
aA
If ever there was a forecast to fall in Lithuania’s favour ahead of tonight’s historic match against Switzerland then it is the fact that the team has performed well on this day in 2006. 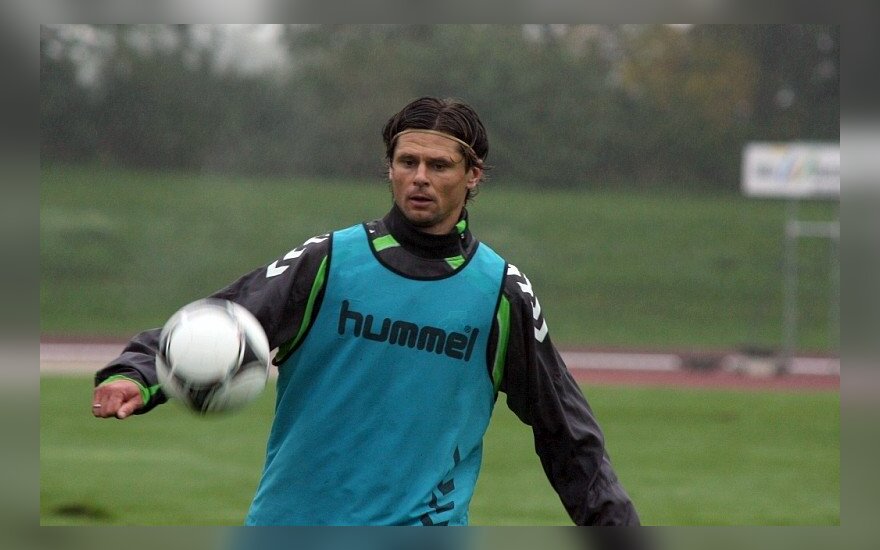 Understandably, Lithuania’s line-up in 2006 was much more experienced (and awfully close to contention for the 2008 UEFA European tournament) while their opponents Malta may not be as highly esteemed as the Swiss.

Nevertheless they would hold Lithuania goalless for the opening 40 minutes in the Baltic nation’s 4:1 friendly win in Paola, Malta.

Lithuania’s Captain Tomas Danilevičius proved he was no stranger to the Mediterranean fields by scoring the game’s opening goal in the dying stages of the first half.

The 28-year-old who was well known as the top striker at Livorno was his 7th at International level following a remarkable strike against reigning world champion Italy two months later.

Tomas Radzinevičius added to his side’s score at the start of the second half in what would be the only goal across his eventful 21 International career.

The “Tomas club” strengthened less than ten minutes later as Danilevičius scored his second for the first time at International level.

Malta’s veteran Gilbert Agius capped off the host nation’s night with a consolation goal however it would be Danilevičius who would have the last laugh as his replacement, Vitalijus Kavaliauskas, scored his first major after a four year absence from the national team.

On this day in sport: 26 October

On this day in sport American teenager George Foreman was crowned as the 1968 Olympic heavyweight...

On this day in sport: 21 October

On this day in sport boxing legend Ričardas Tamulis secured a spot in his first Olympic final during...