Alex Tigani | The Lithuania Tribune
aA
This week has been an eventful for the Lithuanian national football team, a force which has been no stranger to the month of October. 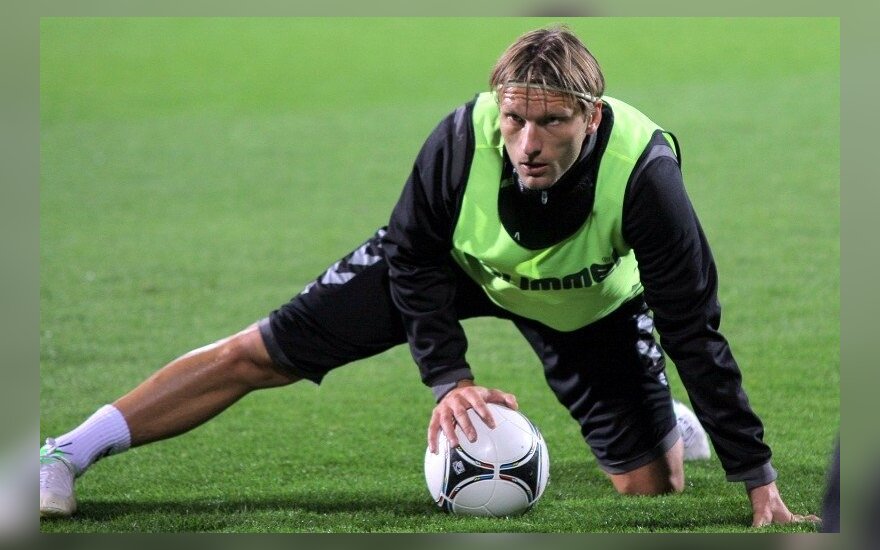 On this day in 1998, the Baltic nation showed resilience in a come from behind 4:2 win over Bosnia & Herzegovina in the 2000 UEFA European qualifying tournament.

Interestingly, it was Lithuania’s only win on home soil throughout the tournament yet after three games the nation was undefeated.

This achievement would have thought to have been out of reach by the Žalgiris stadium crowd after former Bosnian soldier Muhamed Konjić scored the opening major (5’).

Thankfully, Lithuanian veteran Valdas Ivanauskas had held off retirement from International level and did the unthinkable for his 1,000 supporters on hand at the Vilnius precinct. 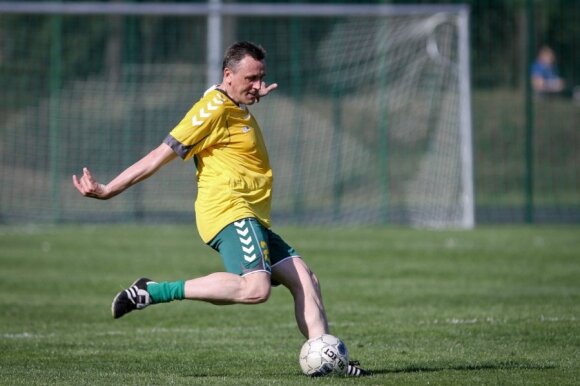 The 32-year-old scored three goals, bringing him to equal 2nd on Lithuania’s all time leading goal scorers list with eight from 38 matches.

Add on his five International games for the USSR prior to 1990, four “Lithuanian Footballer of the year” titles & a Baltic Cup title and you were left with an important question.

Was Ivanauskas, a decorated striker for SV Austria Salzburg, Lithuania’s greatest contribution to the world game?

However there was no time for questions as FK Žalgiris Vilnius defender Virginijus Baltušnikas proved he still had the spark which ignited success throughout the ground.

After a long 15 minutes Baltušnikas climbed back to outright second on the International goal kickers list by registering a laid back 90th minute side strike.

Fittingly, it was his final goal for Lithuania; celebrated days before his 30th birthday.

This historic match would have been climatic for football statisticians as Lithuania produced feats compared to the legends of Antanas Lingis and Stepas Chmelevskis from the early 1930s.

However this day will not just be remembered for those two generations.

On this day in 2009, Lithuania was already out of contention for the FIFA World Cup in South Africa the following year yet had to play Serbian who had already topped the qualifying group.

2,000 had gathered at the Sūduva Stadium in Marijampolė filled with optimism, an element which helped the supporters influence Mindaugas Kalonas register the opening penalty goal.

Manchester United bound Zoran Tošić hit back for the Serbians after half time but thankfully it was Lithuania’s night as Vice Captain Marius Stankevičius scored the winner moments later.

Stankevičius would claim his second straight “Lithuanian Footballer of the year” title in 2009, as Lithuania celebrated the end of its qualification tournament.

The Baltic nation showed promise in this campaign which commenced with a 3:0 win in Romania and then a surprising 2:0 triumph against Austria at the same Marijampolė venue.

When looking back on EuroBasket history Lithuanian Modestas Paulauskas may deserve the title of “Mr...

On this day in sport: 5 October

On this day in sport: 1 October

Last month, this column was a merger of Lithuania’s achievements at the Sydney Olympics as well as...