Alex Tigani | The Lithuania Tribune
aA
Modestas Paulauskas would again be a catalyst for the success of the Soviet Basketball team, claiming his second World Championship title on this day 40 years ago. 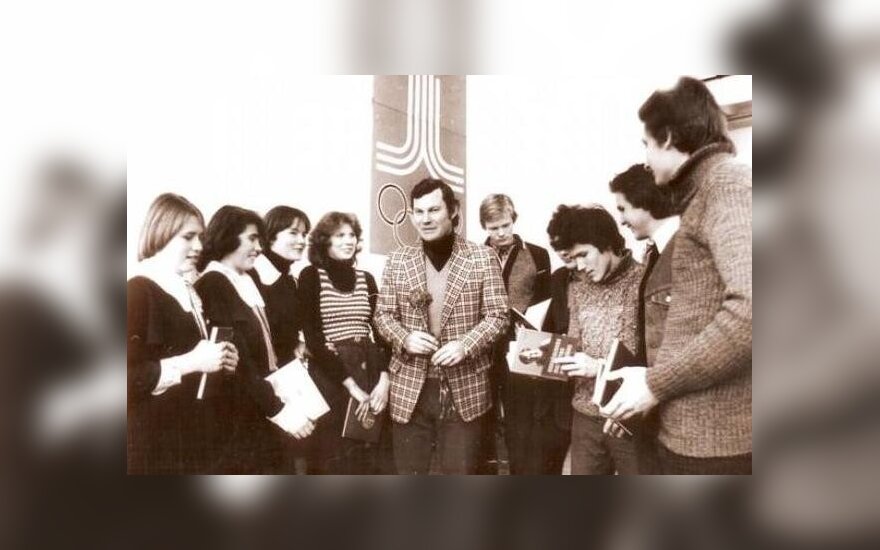 Modestas Paulauskas surrounded by Lithuanian students in the 1970s. Photo courtesy of klaipedoskrepsinis.lt.

The 29-year-old’s USSR team commenced the Group stage of the 1974 FIBA World Championship with a whopping 140:48 win over the Central African Republic before convincing wins over Brazil (79:60) and Mexico (95:80) spread across three separate Puerto Rican cities.

Yugoslavia would prove to be too strong for Paulauskas’ side in the final round, a Mediterranean powerhouse in search of back to back titles.

Two years earlier Paulauskas and the Soviets would become the first nation to defeat the Americans in the Olympic basketball tournament, defeating the US in the Gold medal match.

Therefore one could imagine the tension on this day in sport 40 years ago, in the midst of the Cold War, as the Soviets reclaimed the world title while the Americans would settle for Bronze.

Reigning champions Yugoslavia settled for the Silver medal despite facing narrow defeat to the US while Dragan Kićanović was rewarded with the tournament MVP title.

This would be mark the demise of Paulauskas’ International career which saw him claim two world titles and a bronze, an Olympic gold and bronze and four EuroBasket titles as well as a bronze and a tournament MVP title in 1965.

This period would also see the basketball legend become the first, and only man to date, to take out seven indivual “Lithuanian Athlete of the year” titles.

Eddie Palubinskas would also feature in the tournament, averaging 24.8 points for Australia.

The 23-year-old was a prominent sportsman in the Canberra Lithuanian community, destined for greatness in the following Summer Olympics in 1976.