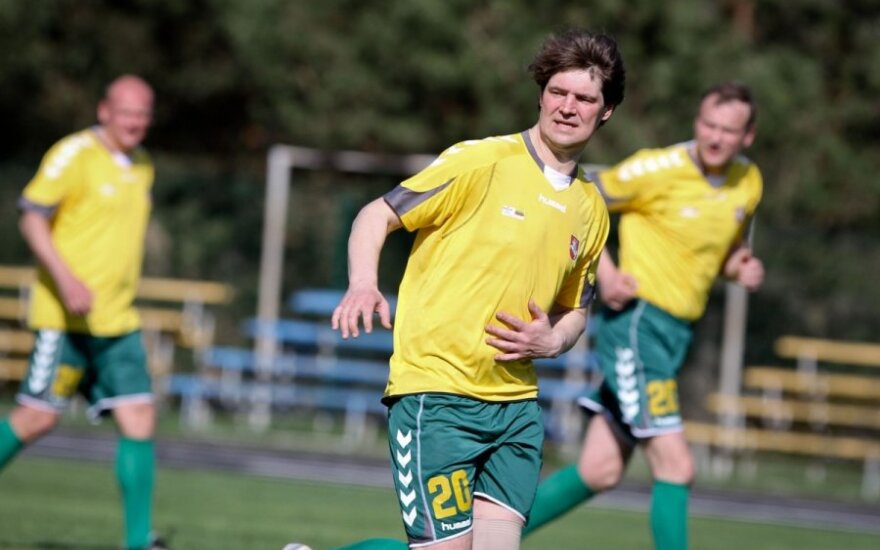 On this day in sport, Virginijus Baltušnikas did just for Lithuania when participating in the 1992 Baltic Cup.

A two goal effort by Ainars Linards granted Latvia a 2:1 win over Estonia on Day 1 before an early goal to Vaidotas Šlekys enabled Lithuania to draw with Estonia on Day 2.

Šlekys was already a prominent figure with Lithuanian side Ekranas Panevėžys and would see out the decade playing professional football in Switzerland and Austria.

The 20-year-old was joined by goal-keeper Marius Poškus and defender Andrėjus Tereškinas as the only three survivors of Lithuania’s 1991 Baltic Cup winning squad.

2,000 people would gather at the Daugava Stadium in Liepaja to see their national team take on Lithuania under new Team Manager Senderis Girsovičius and Captain Raimundas Vainoras.

The host nation was in search of its first Baltic Cup since Independence from the USSR, and a 6th overall, inspiring midfielder Vitalijs Teplovs to kick the opening goal.

The 23-year-old defender was not regarded as a striker, particularly for his cherished Žalgiris Vilnius, hence why the crowd would be silenced when he would kick a hat trick on this day for Lithuania (28’), (31’), (79’).

Though veteran midfielder would Jurijs Popkovs would kick his first and only International goal for Latvia in the 89th minute, the Lithuanians would still prevail.

This tournament would be Lithuania’s first Baltic Cup won on Latvian soil in history after three unsuccessful attempts in 1929, 1932 and 1936.

However this tournament will always be remembered for the efforts of Baltušnikas, a man who would represent Lithuania 42-times (between 1990-98).

He would kick 9 goals for his nation, the second highest amount at the time after Antanas Lingis’ 12.