Alex Tigani | The Lithuania Tribune
aA
As Lithuanian football fans continue to recover from their nation’s 4:0 deficit on Saturday some may even remember the milestone which took place on this day in 1991. 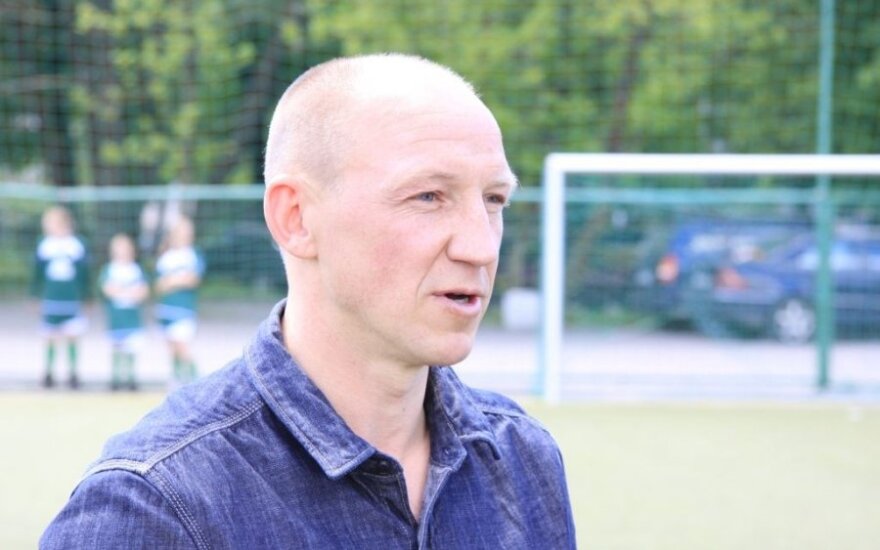 The Baltic Cup was one of many festivities restored shortly after the coastal nations’ restoration of Independence from the Soviet Union, and Estonia would have the first laugh; scoring the first goal in the opening game of the tournament held at Žalgiris Stadium, Klaipėda.

However Urmas Kirs, the opening goal scorer, would be matched by the host nation’s striker Stanislovas Vitkovskis who would register his only goal across two International games.

Tomas Ramelis would be no stranger to the back of the net for his nation in the 1990s as he handed Lithuania the lead at the 34th minute only to then be joined by Valdas Urbonas (54’) via the penalty box.

Darius Magdisauskas capped off the afternoon by kicking the sealer, equalling Lithuania’s highest score against Estonia at the time which was ironically recorded at the same venue more than 61 years earlier (September 13, 1930).

The following day’s play would see Latvia also knock off Estonia however the 2:0 score line enabled Lithuania to remain on top of the table.

That would change in the final match in the Latvians favour as Daugava Riga midfielder Vitālijs Teplovs scored what would be his only International goal (14’).

Thankfully, the vocal Lithuanian crowd was granted an answer in teenager Aurelijus Skarbalius.

The 18-year-old equalled the scores in what would be one of his first International games; it would be no surprise to anyone at the time to learn he would represent Lithuania for a further 14 years.

In more recent news Lithuania will enter this week’s friendly against Ukraine coming off their worst loss in two years; defeated 4:0 by the Swiss following a scoreless first half.

As a matter of fact, the Swiss handed Lithuania its biggest loss in a UEFA European qualifying match since September, 1999 when the Czech Republic also prevailed with the same score line.

Lithuanian football legend Valdas Ivanauskas revealed pre-match that he lacked faith in his nation when lining up against the Swiss.

“The Lithuanians did not stand a chance because Switzerland has such incredible players including Xherdan Shaqiri and Ricardo Rodríguez,” said Ivanauskas.

He continued with this controversial remark.

“Almost the whole team is playing in the Bundesliga therefore they (the Swiss) could have won this game playing with one foot.”

On this day in sport: 26 October

On this day in sport American teenager George Foreman was crowned as the 1968 Olympic heavyweight...