Alex Tigani | The Lithuania Tribune
aA
Prior to Rūta Meilutytė’s Olympic triumph, this day would be recognised by Lithuanian sporting fans for the efforts of another female star. 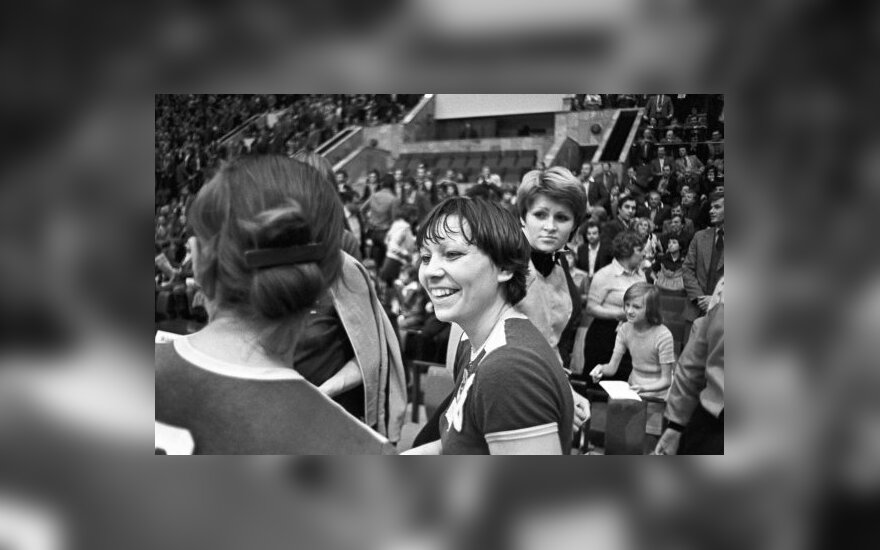 If ever the Soviet Union was going to dominate the Olympic basketball tournament then it would be in 1980 when the USA, Canada, Argentina, Chile and many other basketball nations boycotted the Moscow games.

This was a reflection of the political tension throughout the later stages of the Cold War.

On this day, Angelė Rupšienė would become the first and only Lithuanian in history to claim back to back Olympic Gold medals in basketball; leading the host nation to a 104:74 win over Bulgaria.

The 1976 Lithuanian Athlete of the year also scored 10 points when these two nations met in the group stage as the Soviet Union remained undefeated for a second successive tournament (also defeating Yugoslavia, Italy, Cuba and Hungary).

Rupšienė, 28, would be joined on the podium by Vida Beselienė who would score 14 points in the host nation’s 119:53 annihilation of Italy.

However this would be the 23-year-old’s only Olympic tournament as a player.

Amazingly the men’s side, under the guidance of Olympic torch bearer Sergei Belov, would be unable to match their female counterparts and settle for Bronze after upset defeats to Yugoslavia and Italy in the final round.

Sergėjus Jovaiša would be the only Lithuanian in the Soviet line-up, scoring 18 points against Spain in the group stage.

The 25-year-old would only score another four when these two sides met again in the rematch, a one sided 3rd place affair granting 117:74.

Jovaiša would not make a return to the Olympic tournament until 1992 when representing an Independent Lithuania:

This would be no problem for Lithuanians in 1980 as a tall 16-year-old by the name of Arvydas Sabonis looked set to replace Ukrainian Vladimir Tkachenko from the Soviet men’s team by the 1982 FIBA World Championships.