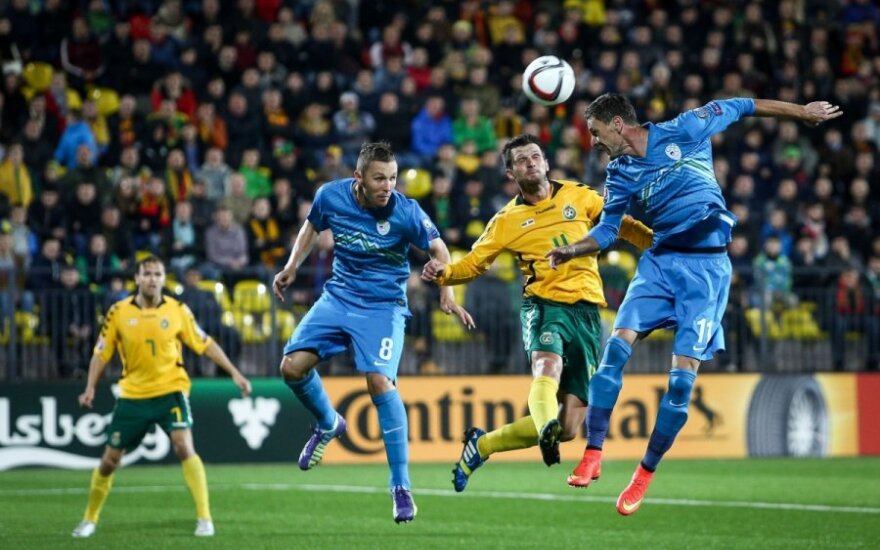 Though Lithuania’s Fiodoras Černychas was the first player to display a shot on target, Slovenian veteran Milivoje Novaković would score back to back goals before the main break.

Gediminas Vičius and Saulius Mikoliūnas both had opportunities to score in the final minutes yet inaccuracy would favour the Slovenian line-up.
Lithuania faced defeat for the first time in the tournament, leapfrogged on the table by Slovenia by a single point.

It was also the first time Lithuania was held goalless on home soil before 4,000 fans however the Baltic nation lead the corner kick count 4:1 and shots on target 3:2.
https://www.youtube.com/watch?v=8r791VdLRws

Meanwhile, England showcased its all-star personnel in a 1:0 triumph over Estonia thanks to a Wayne Rooney goal before 9,000 at Tallinn’s Lilleküla Stadium.

Tomorrow night Switzerland will travel to San Marino in a bottom of the table match.

Neither team has won a game as of yet however Lithuanian fans will hope that Switzerland, an overwhelming favourite, will be restricted to a win by three points or less.