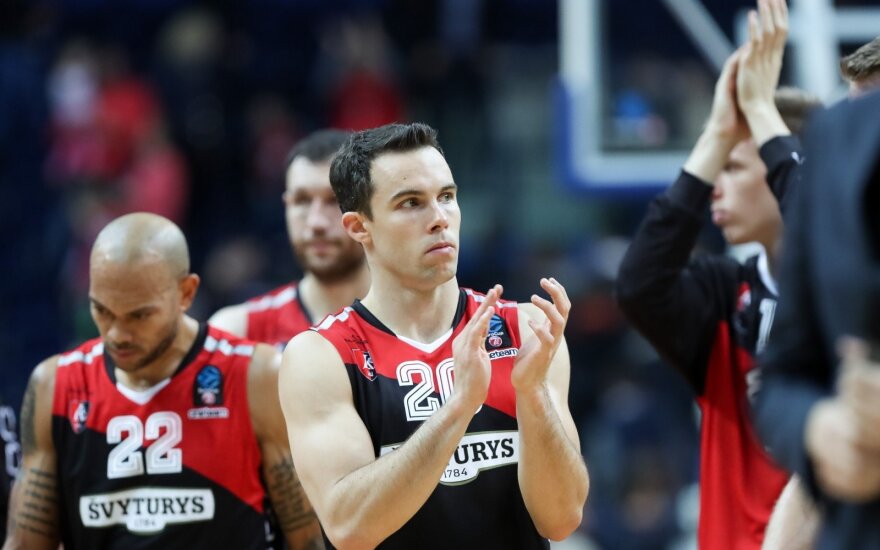 BC Lietuvos rytas after the last game
© DELFI / Domantas Pipas

"The situation where the club secretly signs a sponsorship contract with a contract faced with corruption suspicions puts the club's owners, other sponsors and all Vilnius residents who are the true owners of the Lietuvos Rytas basketball team in a difficult position. I will immediately send a message to the club's shareholders, demanding to remove Darius Gudaitis from the post of the club's director. I am also calling upon Mayor Remigijus Šimašius representing the Vilnius City Municipality, which is the biggest shareholder of the club, to publish the sponsorship contract along with the circumstances and argumentation of the signing without delay," Guoga told the portal.

In his words, this has to be done without delay to avoid interpretations about “money laundering via the club to clear the name of MG Baltic or the Liberal Movement, which is headed by Simasius.”

Suspicions of bribery and influence peddling have been brought against MG Baltic concern, which operates around 80 companies, in one of the largest cases of political corruption, with two parties, namely, the Liberal Movement and the Labor Party, also faced with suspicions.

After the suspicions were brought against Masiulis, Guoga, then first vice-chairman of the Liberal Movement, was appointed as acting leader of the political force, however, he left the party shortly after controversial statements that nearly cost him party membership.

V. Matijošaitis to defer deciding on participating in the presidential elections until only a few months remain

Members of the five political groups of the European Parliament urge European Commission to help...

The Vilnius-based BC Rytas , which changed its name earlier this summer, on Monday revealed a new...

Lithuanian MEP Antanas Guoga is considering retiring from politics next year when his terms ends.