the Lithuania Tribune, DELFI
aA
Although the International Olympic Committee (IOC) has refrained from banning the entire Russian delegation from the Rio de Janeiro Olympic Games, the ticket to Brazil will not be extended to swimmer Yuliya Efimova and other Russian athletes who have been entangled in doping scandals. 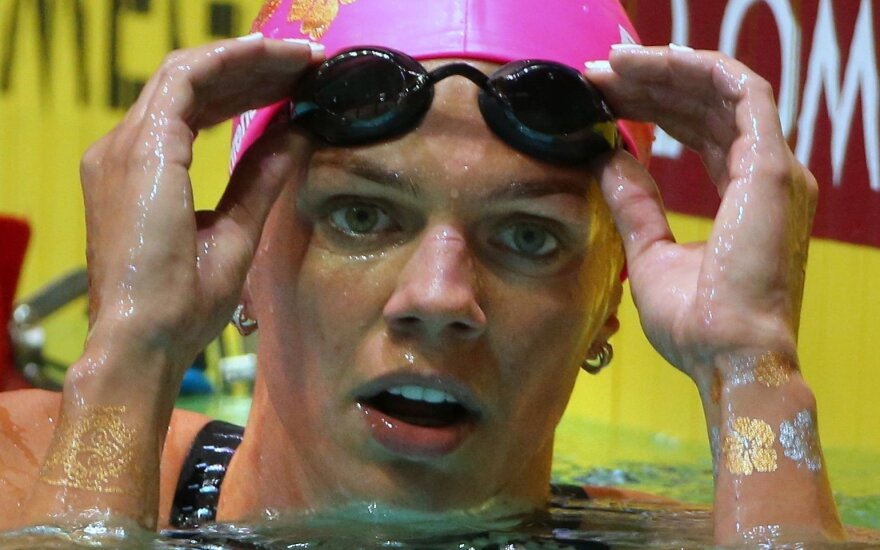 This means that Lithuanian champion swimmer Rūta Meilutytė will compete without her number-one competitor present at the Games.

The International Swimming Federation (FINA) recently lifted the temporary suspension from competing for Efimova, which meant the swimmer could have gone to Rio. However, the IOC‘s latest decision decision has changed the situation.

“Everything will be decided by the International Swimming Federation. The situation is complicated because the IOC has put everything clearly - those who have had problems with doping will not be able to compete in the games. I do not know how it will turn out. I would like to expect that Efimova will be able to swim, but everything is in the hands of FINA,” said acting spokesman for the Russian Olympic Committee Gennady Aleshin.

“FINA is a partner of Russian swimming federation in many projects, and its leaders are our great buddies. We do not doubt their loyalty. Their opinion will be as follows: Yuliya has to swim in Rio. And how it will be understood in Lausanne? If the last word belongs to the federation, there will be no troubles,” said three-time Olympic champion, Russian magazine Swimming editor Dmitry Volkov.

“This is a completely normal decision not only for our national team, but for the entire Olympic delegation. If it is written that you cannot participate, it means you cannot, and there is nothing more to it. If there were problems with doping, it is how it is. We are following the rules set by the International Olympic Committee and the rules in this case are set out clearly,” said one of the greatest Russian swimmers of all time, multiple world record holder, four-time Olympic champion Alexander Popov.

"I know for a fact that there are a number of clean athletes in Russia, therefore, mass elimination would not have been fair for the athletes. As a former athlete, I know how I would feel if I lost the possibility to take part (in the Olympics) because of someone else's mistake," she told BNS.

Gudzinevičiūtė, Lithuania's Olympic shooting champion, also urged everyone to "be fair with themselves".

The Lithuanian anti-doping agency did not support the resolution circulated by 14 national agencies last week, which called to ban Russia from the Rio Olympics, she said.

On Sunday, the International Olympic Committee decided not to bar all Russian athletes from the Rio Olympics due to the state-supported doping scheme, saying that every sports federation would have to decide on the suitability of athletes to compete in the Olympics, which are due to open in Brazil on August 5.