Luger Felix Loch: I am proud to be Olympic champion and ready to repeat my achievements

Aleksejus Podpruginas | the Lithuania Tribune
aA
He is a policeman and a hero in Germany. But not because of his police duty, but because of his second profession - a luger. He is the youngest ever luger to win the world championships at the age of 18. 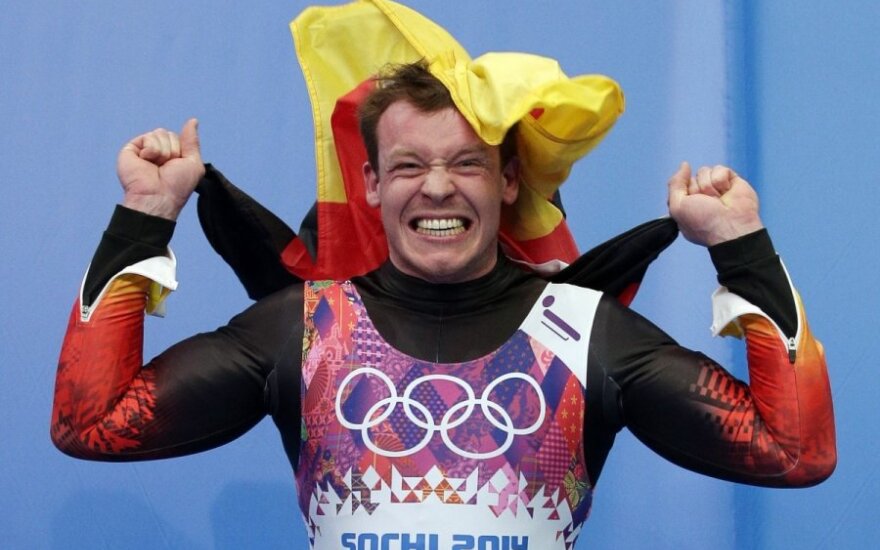 When he was 16, he won the youth world championship. He is the fastest luger in the world and set the world record of 153.98 km/h. He is the youngest Olympic gold medalist in men's luge history, winning gold at the age of 21 in a singles event in Vancouver 2010, he won 11 medals in the world championships: nine of them are gold and “only” two are silver; and he won the World Cup four times. He won three Olympic gold medals. He is Felix Loch, a 25-year-old German luger.

During the first two months of 2015, Loch already added four medals to his already impressive resumé. In the European championships in Sochi, he won gold and bronze medals and the World Championships that took place in Sigulda, Latvia, he won gold and silver medals. Even after achieving every possible title he wants more and is ready to repeat his achievements. Within his tough schedule, he found time to talk exclusively to the Lithuania Tribune about his career and his future plans.

Felix, winter sports in not common and popular like football or basketball. Please tell us how you got into it.

Your first race was when you were six years old. Do you remember it?

Yes, I do, it was an exciting moment that will rest in my memory forever.

Well, to tell you the truth, I don’t consider myself the best, I know my results are great, but there are a lot of talented lugers beside me. So I still have to work hard to continue being fast and to get the best results.

Personally, how do you handle becoming a celebrity? Do you like it? Or would you like to be less popular?

Due to my results and the media, more people recognize me. I like getting in touch with my fans, but I am still the same person as before.

After achieving all these great results, what is your goal today?

My goal is to keep working hard so I can repeat the results I had before. But there will always be a next World Cup, the Olympic Games where I would like to get a medal, so I need to work hard and keep improving.

What is the secret of the winter German sports that it is so successful?

In Germany, winter sports have a long tradition. We always had great athletes who were very successful and we have good training conditions.

In team Luge you are summarizing the times of each teammate, all have to be focused and fast in order to get a good result. But Luging is the same for me. One difference is that you only have one run in the team Luge event.

Your highest speed was above 150km per hour. What is running on your mind at this speed during a race?

I’m just thinking about my racing line and trying to control the sled. I need to be focused and I am trying not to make any mistakes, especially at this speed.

It is not a secret that you are a favorite for gold in every tournament. Is it an advantage or disadvantage for you?

People expect me to win every race and I know it and am used to it. I don’t know if this is an advantage or not, but my goal is to give my best every time and to win the race.

Do you feel pressure on you before and during the tournament?

Not really pressure from outside, there is an intensity inside of me, but that is normal I think. Every athlete is a little bit nervous before the tournament I guess.

What was the best moment for you in your career and why?

Oh, it is a hard question. In my career there have been many moments which were great for me, I can’t list them all. But my first two gold medals at the World Championship in 2008 or my first Olympic gold medal in Vancouver in 2010 were very special to me. Maybe these were the greatest moments for me so far.

Describe to the readers what you felt and what was running on your mind during the German national anthem when you got the gold in Vancouver in 2010?

I don’t remember, but I know that there have been a lot of things running through my head. I was very happy and very proud and still am.

What does one need in order to be a good Luge racer?

I think it’s the same for all kinds of sports. You have to love what you are doing and work very hard in order to achieve your goals. That’s it.

How you are concentrating before the race?

I think about the race line and the turns. It is the most important thing to do in order not to make mistakes during the run. And it is helping to concentrate.

Describe your training sessions during the winter and during the summer when you are not competing.

Well, during the summer period, most of the time I am working on my material. And during the winter I am focusing more on my body shape.

You are still young, and it is early to talk about retirement, but still, what are your plans for the day after sports?

I don’t know exactly what I will be doing, but for now I just focus on my Luge career.
Of course, I am proud to be a member of the Bundespolizei.

Beside sports, what are your hobbies?

Outside of the sports I am a regular guy as everybody. I like spending time with my family, friends and with my girlfriend. Also golf is a sport I really enjoy playing.

Who was your inspiration figure during your childhood? Do you have any role models today?

My father has always been a role model for me, as a luger and a person. Georg Hackl (German luger, who won 65 medals for Germany) is also important for me and the sport as well.

What advice you can give to young athletes who are watching you on TV an dreaming to take one day the same place on the Olympic podium?

Work very hard, have the right attitude and love to your sport. 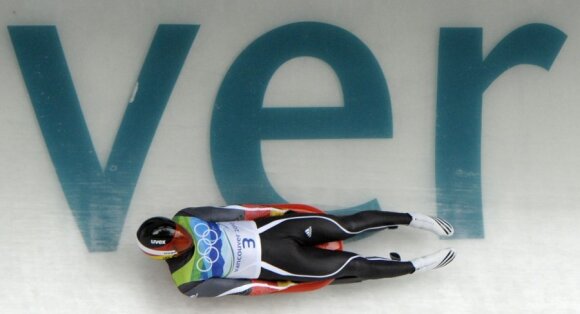 Can Felix Loch to be as his hero Georg Hackl? The time will answer to this question. If to analyze his results, it is a possible goal. Being a champion seems to be a way of life to Loch who is always searching for new challenges and goals, where he will try to break the record that he achieved by himself, and that’s how true champions have to be. At age of 25, he is in the top of the Luge sport in the world and today he is the inspirational figure for young athletes in Germany and around the world.