Lithuanian women love coffee more compared to men: the cause may lie in our genes

(1)
EN.DELFI
aA
The survey found that in Lithuania women drink much more coffee than men. A recent study carried out in Lithuania showed that 22% of men and only 7.5 % of women do not drink coffee. Meanwhile, female coffee drinkers are more likely to choose types of coffee with added milk, whereas men insist on black coffee and espresso, a press release from Circle K states.
Sekite svarbiausias naujienas socialiniuose tinkluose! 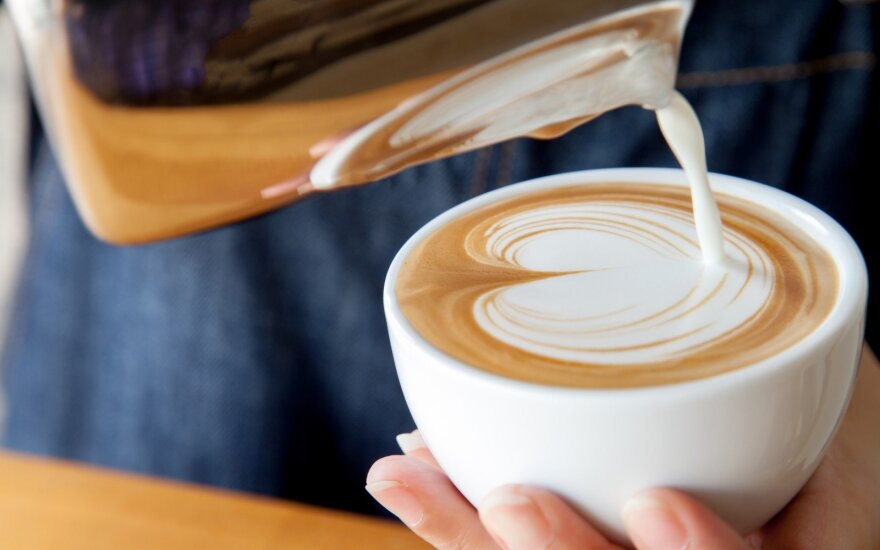 "Taste, however, is a complicated phenomenon. Already in the past century scientists have discovered that around 25% of population are supertasters due to their increased sensitivity to the so-called bitter tastes: greens, grapefruit juice, coffee and soy products. Women are much more likely to be supertasters than men, they seem to have an elevated taste response to bitter tastes, therefore it's not surprising they tend to choose milder and naturally sweeter types of coffee with added milk," says Galinienė.

Related articles
Six things you should know when freezing foods
Grill dishes from poultry: how to prepare them and what to pair them with?

The term "supertaster" was coined by psychologist Linda Bartoshuk at Yale University who, during the research conducted in 1991, has noticed some individuals tested in the laboratory seemed to be particularly sensitive to bitter tastes.

"Most people treat themselves with a cup of coffee quite often, perhaps each day. It seems that even our choices and the ways we prepare coffee have become habitual rituals. Sometimes we can't explain why we prefer coffee with added milk or cream, but considering how they alter the taste, we can better understand which one is really acceptable for us," says Galinienė.

According to the Category Manager, it's the milk fat that thickens coffee and softens its texture making the taste extremely delicate, while the proteins in milk soften coffee's bitterness by binding to tannins and lessens acidity.

"Knowing that taste is a complex mechanism that has not yet been fully studied and is individually and differently perceived by each person, no one should insist on what type of coffee is "right". Our body is capable of telling us what taste is right and acceptable for us only and, very much likely, it has its own reasons to do so," concluded Galinienė.

Sweet, but Not Sugar

Milk not only softens the flavour of the coffee, but also adds to its sweetness. Interesting fact is that it's enough to heat milk up to 50–60 degrees to acquire strong sweetness in taste. On its part, sugar-free or better known as lactose-free milk is even sweeter compared with regular milk as a result of its processing specifics.

"Altogether this is the solution on how to drink sweet coffee without adding extra sugar in it – it's enough to heat the milk. Moreover, wonderful warming spice cinnamon can also perfectly add to the sweetness of coffee, awaken our taste buds and help to avoid cold sores that are triggered by cold weather," notes Galinienė.

Preheated up to its optimal temperature, milk is the source of mild sweetness in such types of coffee like latte or cappuccino. Even when making black coffee with milk it is recommended to avoid adding cold milk but preheat it a little bit first – this will give the coffee a milder flavour and prevent it from cooling too quickly.

Spinter research has conducted a survey of Lithuanian population in September 2017 and interviewed 1 008 respondents between the ages of 18 and 75.

Six things you should know when freezing foods

Once you bring home full baskets of fresh fruits, berries and vegetables from the garden, market or...

Grill dishes from poultry: how to prepare them and what to pair them with?

Many people can hardly imagine their summer weekend without grill dishes. However, over time, one...