DELFI EN
Group of researchers at Kaunas University of Technology (KTU), Lithuania have designed a field training equipment for short-range air defence systems, which imitates the natural conditions of missile defence including detection, tracking and destruction of the target without actually using the real missile in the training. 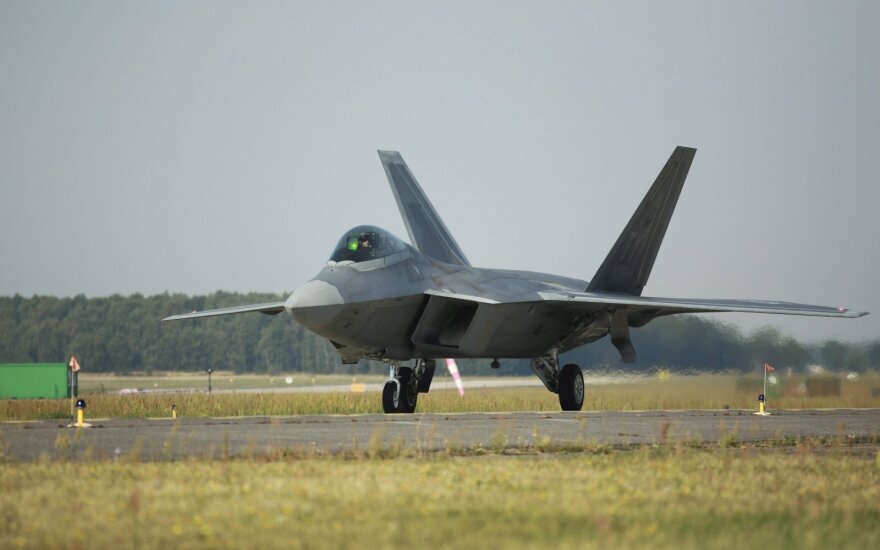 The solution provides the missing step in the training of air defence officers, who, after training with virtual air defence systems, are still not fit to use real missiles in a field training.

The system designed by KTU scientists is not only cheaper but also safer than current alternatives. According to Algimantas Fedaravičius, Professor at the KTU Faculty of Mechanical Engineering and Design and the head of the research group behind the invention, even very good air defence operators, trained with virtual systems, can make mistakes once faced with field conditions.

“Fighting missiles are very expensive – this adds additional pressure to the field training. On the other hand, our system imitates all the operations: target detection, tracking and destruction without actually launching a missile. It feels like natural conditions except for one thing – no need to use a real missile”, explains Prof Fedaravičius.

During the imitation of the launch of the missile, the GPS coordinates of the air defence system are matched with those of the flying object, i.e. the target. The software created by KTU scientists allows obtaining the coordinates with the high exactness, which is sufficient for the field training. After the operator is initiating the “launch” of the missile, the sound is played and after the appropriate time, needed for the missile to reach the target, smoke generator in the flying object is automatically activated. The training system designed by KTU researchers can be easily integrated into the real air defence equipment and is compatible with all the systems currently in use such as RBS-70, Stinger, Grom, Mistral or others.

Although training equipment for air defence systems is the main focus of the KTU research group headed by Prof Fedaravičius, recently the researchers were also developing the submarine-launched ballistic missile training complex for the destruction of underwater targets. The missile used in the training would have no explosives, just a motor, the target would be fixed to the buoy, and after the operation retracted using the integrated GPS system.

“Our solution is not only safe and relatively cheap, but also environmentally friendly. The body of the missile is made of fibreglass, which is decomposing in time in natural conditions, and the motor – from duralumin, which is among the most environmentally friendly metals. The fuel used in launching the rocket is based on ammonium nitrate, and is mostly burning off in the process”, says Prof Fedaravičius.

Patent applications for Lithuanian State Patent Bureau were submitted for both inventions described above.

The training equipment for defence systems is a result of continuous work of the KTU research team behind the inventions. The scientists, working in the laboratories of KTU Faculty of Mechanical Engineering and Design, have been developing training solutions for Lithuanian defence structures since 1992. In total, KTU scientists have developed 12 original equipment sets, which are implemented in Armed Forces structures and assigned NATO classification numbers.

The KTU research group have composed original rocket fuel and developed a unique technology for solid propellant, propellant grains and rocket motors production. Developed rocket target RT-400 is used for the final training of the short-range air defence systems service staff at shooting to aerial targets. Rocket training equipment created by KTU is being used in a number of military exercises organised by National Defence structures and international authorities.

Also, the research results performed by KTU scientists have been used in various products, such as laser shooting simulation systems for the training of the Armed Forces and Police staff, training equipment for 60 mm and 120 mm mortars combat teams and other.

“Army is a constantly learning structure and they are always looking for new solutions for training their staff. Besides being cheaper and safer – as no real bullets or missiles are used – our training equipment provides additional information about the position of the sight during the attack and other statistical information useful both for trainees and for their supervisors”, says Prof Fedaravičius.

According to him, however minimal may be the chances of the real military threat, the defence forces must not only be adequately armed but also trained to use the equipment.

CERN incubators to be established in Vilnius and Kaunas 197

The European Organization for Nuclear Research ( CERN ) will establish two incubators in the...