Lithuanian canoe team at 2016 Olympics will be its biggest ever

www.lrt.lt
aA
Lithuania's canoe and kayak teams will have an unprecedented level of representation in the 2016 Olympic games in Rio de Janeiro after the International Canoe Federation officially announced that Lithuania would receive another voucher for a total of three spots in the Olympics. 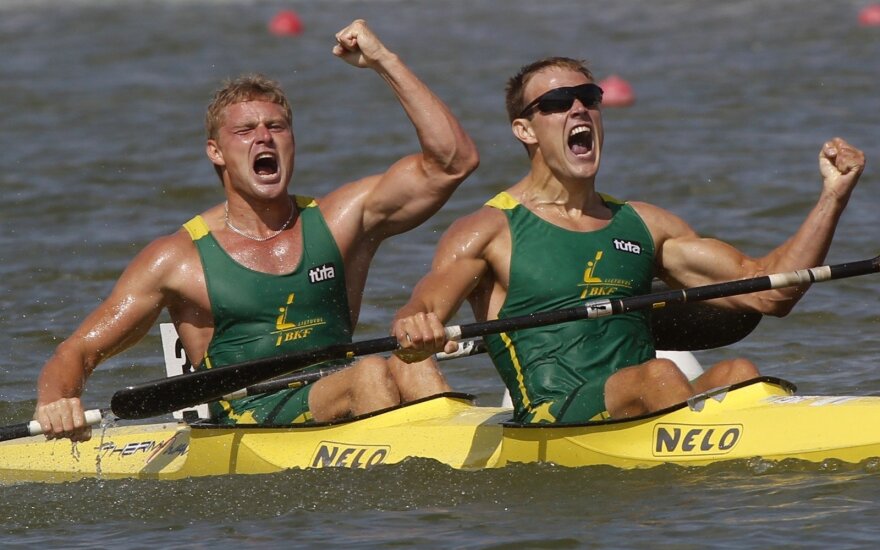 Due to its world rating, Lithuania has received a voucher to the 1,000-metre two-seater canoe race. In last year's world championships, two Lithuanians earned tickets to Rio de Janeiro for the 200-metre canoe and 200-metre single-seater kayak races.

Lithuania has never had this many canoe or kayak teams in the Olympics at once, and Lithuania stands to gain even more spots when, in May, Aurimas Lankas and Edvinas Ramanauskas will compete in an Olympic qualifying competition.

According to Aleksandras Alekrinskas, the president of the Lithuanian Canoe Federation, said that the two-man team with Ričardas Nekrošius and Andrejus Olijnikas had the best chance of victory at the Olympics, and also pointed out that the athletes had all won vouchers for Lithuania, not necessarily for themselves.

“It's a dream come true. Participating in the Olympics is every athlete's dream[...] Our goal at the Olympics is to get into the top eight, but Ričardas and I always set ourselves the highest goals, so we'd like to win a medal,” said Olijnikas.

“Andrejus and I are maximalists and will reach for the highest goals. We aren't saying we'll become Olympic champions, but we are capable of fighting for medals. The most important thing is making it to the final, when everything is decided by small details, and all are equal at the finish line,” said Nekrošius.