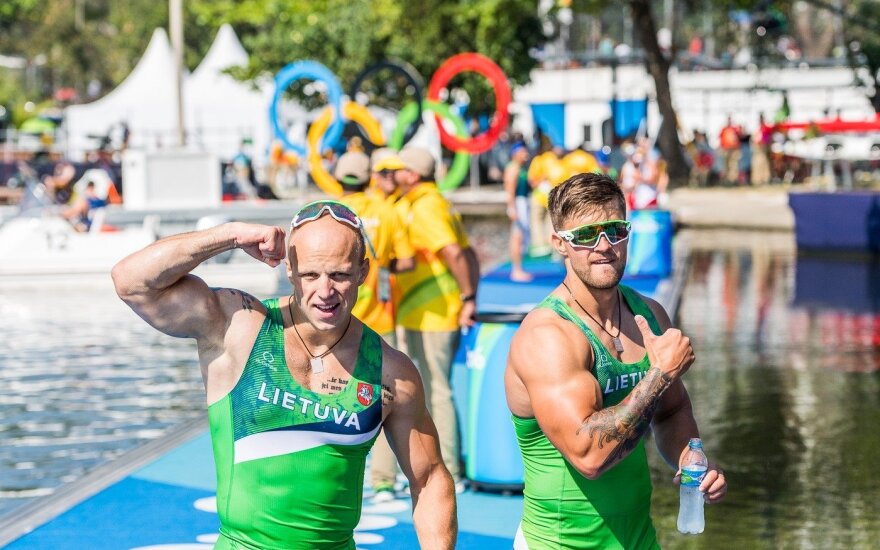 The Lithuanian pair finished the distance in 32.32 seconds.

Lankas, 30, and Ramanauskas, who celebrates his 31st birthday on Thursday, were leading the race for most of the distance, but were overtaken by Spanish and British athletes at the very end.

Hungarian, German, Serbian, French and Canadian athletes were left outside the top three.