the Lithuania Tribune
aA
Lithuania is among 14 nations that could be banned from Eurbasket 2017, the media has reported, but the country's basketball federation cautions that FIBA has only asked for clarification and has not yet sanctioned Europe's silver medallists. 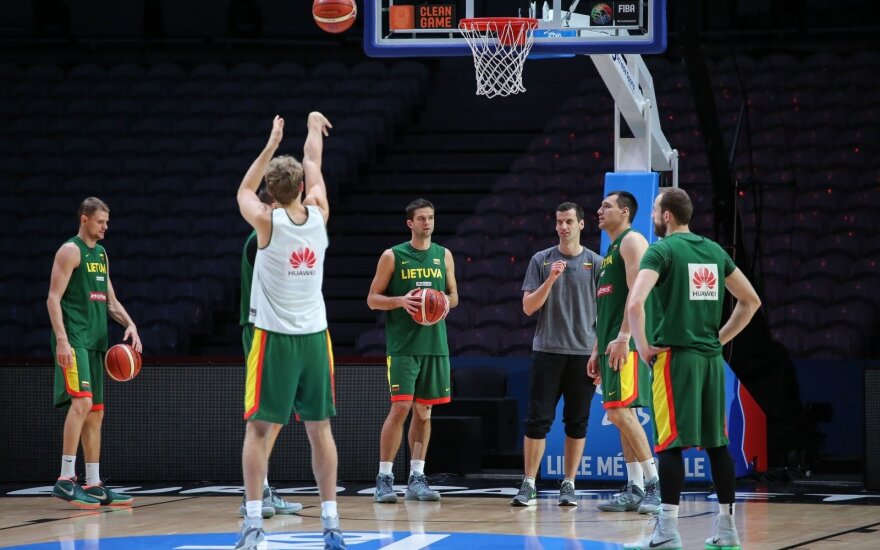 "I'd like to calm the basketball society a bit - no one has excluded Lithuanian team from the 2017 European basketball championship," Lithuanian Basketball Federation secretary general Mindaugas Špokas said in a statement on Saturday.

The federation responded to media reports that 14 national basketball federations have received letters from FIBA, warning that they may be excluded from the FIBA's European basketball championship 2017 because their clubs have opted to compete in the Euroleague and Eurocup.

Basketball news website eurohoops.net reports that Spain, Slovenia, Croatia, Bosnia, Serbia, Montenegro, Macedonia and Russia have been banned from Eurobasket, while Lithuania, Poland, Italy, Greece, Israel and Turkey are warned and called to act by April 20.

The Lithuanian Basketball Federation confirmed that it has received the letter from the FIBA that asks the federation to deliver its position considering the participation of the country's basketball clubs by April 20.

Linas Kunigėlis, spokesman for the Lithuanian Basketball Federation, has played down the talks that Lithuania may be excluded from the Eurobasket 2017.

"The talks that someone can be disqualified automatically are more of the theoretical level so far," Kunigėlis told LRT.

"Now, it's only an attempt to sort out the final positions of some of those 14 countries' federations," he added.

He noted that the federation has always recommended the country's basketball clubs to compete in tournaments organised by FIBA, but as clubs are private entities they cannot be forced to choose some tournaments over others.