Aleksejus Podpruginas | the Lithuania Tribune
aA
The first day in Rio Olympics was average for team Lithuania. Several athletes advanced to next rounds while others said early good bye. 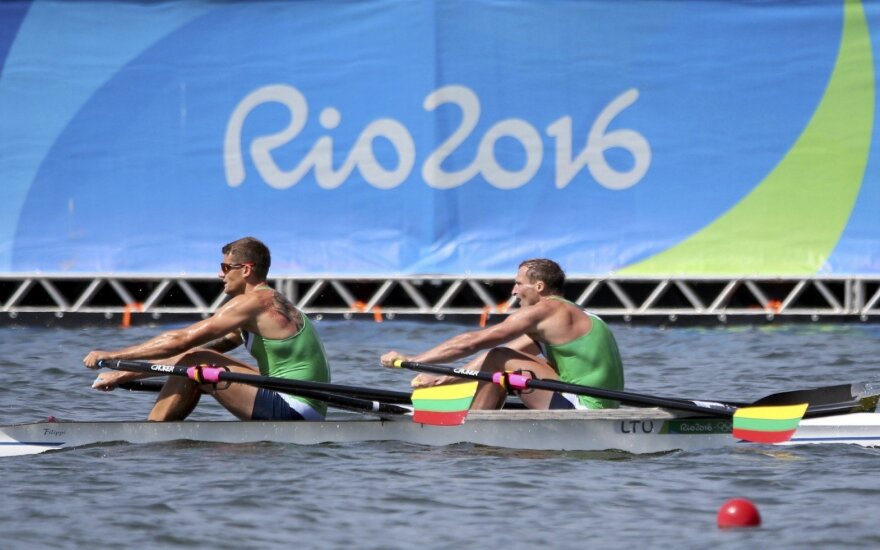 15 Lithuania athletes of the 68 competed during the first day of the Rio Olympics.

Cyclist Ramūnas Navardauskas (28 years old) finished the 241.5 kilometer race at the 35th position after 6:22.23 hours on the road. It is a good result for the Lithuanian, considering that several of the world's top cyclists such as British Chris Froome, who won the latest Tour de France, failed to finish the race. The winner of the race was Belgian Greg Van Avermaet, the silver medal went to Jakob Fuglsang from Denmark and the third place on the podium belongs to Polish Rafał Majka.

10 Lithuanian rowers took part in five rowing events. Three of them, finished with the best time in their first hits.

In the men’s single sculls event, Armandas Kelmelis (18) finished fifth with time of 7:3.59 minutes and failed to qualify for the semifinals. However, the young Lithuanian will have a second chance in the Repechage race.

The favorites for a medal Mindaugas Griškonis (30) and Saulius Ritter (27) competed in the double sculls event and took the first spot in the heats with great time of 6:29.11 minutes. The Lithuanians advanced to the semifinals where they will try to keep the momentum and to advance to the finals.

The four Lithuanian rowers in quadruple sculls event - Aurimas Adomavičius (22), Martynas Džiaugys (29), Dominykas Jančionis (23) and Dovydas Nemeravičius (19) finished fifth in the heat and failed to advance to the net round. However, they also got an opportunity to get a better time in a Repechage race.

In the women’s single sculls event, Lina Šaltytė (29) finished third with a time of 8:35.92 minutes and qualified for the quarterfinals. 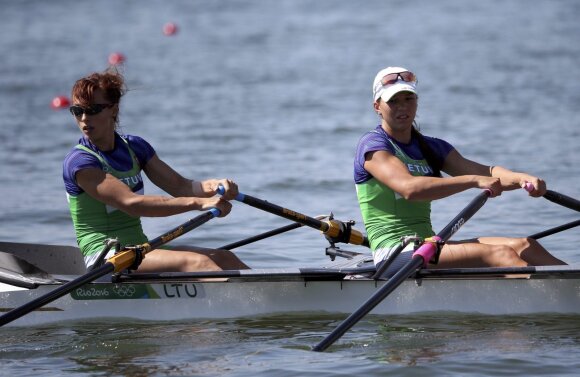 Milda Valčiukaitė (22) and Donata Vištartaitė (27) competed in the women’s double sculls race and finished first with a time of 7:04.82 minute ad will compete in the semifinals. There, the couple should do the same and advance to the finals.

Two Lithuanians jumped into the swimming pool in Rio de Janeiro on day 2 for the 100 meter breaststroke race.

Andrius Šidlauskas (19) finished the heats at the 23rd position with a time of 1:00.59 minutes and ended his performance in Rio Olympics.

The second Lithuanian in the event was Giedrius Titenis (27) who managed to qualify for the semifinals from the 12th spot after finishing the first race with a time of 59.9 seconds. Titenis will have to get a better result if he wants to be among the eight who will race in the finals. 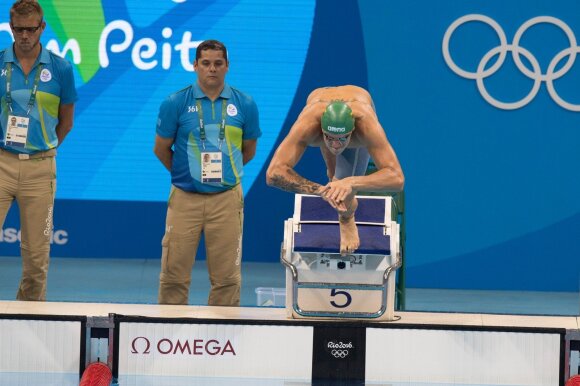 It was the first time for Lithuania to send a tennis player to the Olympic Games. Ričardas Berankis, 26, hoped to start his performance in a much better way. The Lithuanian, who is ranked at the 71st position in the world, met an Australian rival, John Millman, who is 75th in the ATP world ranking. The Australian dominated during the entire match while Berankis failed to find an answer to the strikes of his rival. Millman won after less than an hour with a score of 6-0, 6-0 and also became to be the first tennis player to win by “double bagel” in the Olympic Games. 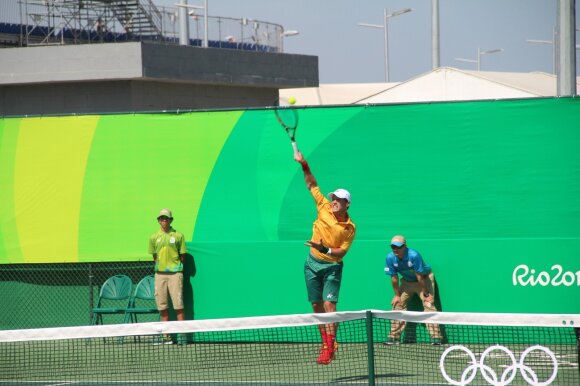