DELFI EN
aA
If you are tired of visiting the most popular touristic places while traveling why not to do something different than going to a museum or taking selfy at the top of Gediminas Hill in Vilnius. "Lithuania Travel" shares 14 ideas about unique experiences in Lithuania during a summer. 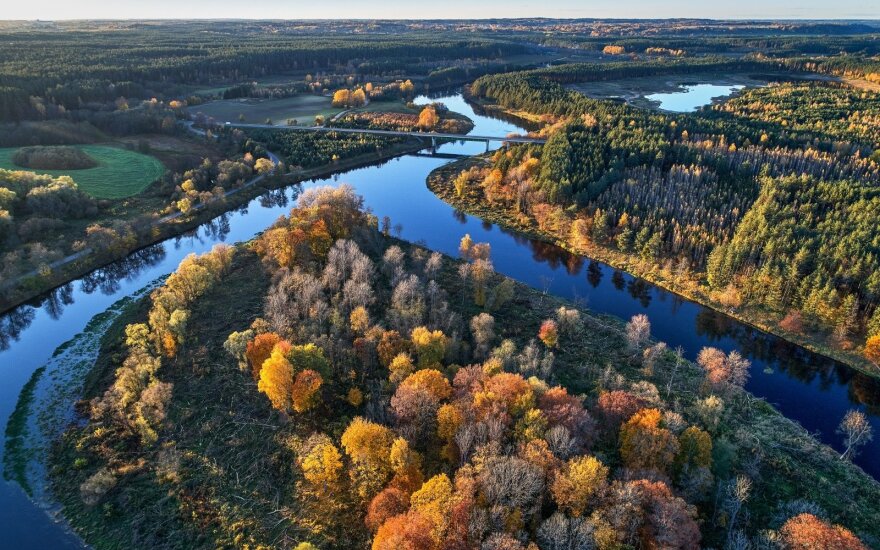 Lithuania through the eyes of a flying bird

Climb at least one tower to the viewing platform where you can look down on an area which you have never visited before. One of the most beautiful and popular towers in Lithuania is Kirkilai tower in Biržai district. A walking trail is being constructed next to sinkhole lakes in the area around the tower. In the second half of summer, we recommend climbing the new observation tower in Birštonas, which also has a viewing platform – it is the highest in Lithuania.

Wade through marshes without wetting your feet

Homestead in the country not only for wedding parties

A stay in an unusual place

Those who rush home after a short day trip are making a mistake. A stay away from home can enrich your travel with great experiences, especially if you look for interesting places – for example, you can spend a night in a castle (Jurbarkas district), in a monastery (Kaunas district), a house in a tree (Anykščiai district), a hotel on water (Ukmergė district) or on hay (Varėna district).

Those who are looking for an adrenalin rush will be delighted to try a new active tourism activity. Which would you prefer night wakeboarding in Trakai or a night canoe trip in Klaipėda? Take a walking-tour along the loops of the River Nemunas river, or the seaside? Or listen to owls in Neris Regional Park? Or observe the bats in Kaunas Lagoon Regional Park?

Weekend breaks in other European cities are great, but why not try a weekend break in one of Lithuania’s cities? This year, numerous events are planned in Rokiškis, which is Lithuania’s capital of culture. You can take a walk in Ukmergė following the singing doves which, as they say, fulfil your dreams. You can visit Marijampolė, the capital of Suvalkija, and look for graffiti which equal any of those in New York.

“Travel and Taste” is now a favourite activity of local tourists. Lithuanian tastes are immense –from Kibinai (Karaite traditional pastry) stuffed with snail meat (Zarasai district) to monks’ kvass (bread beverage) with bilberries or strawberries (Kelmė district), to the revived cuisine of noblemen (Šakiai district) with cucumber jam or ice-cream with nettles.

Treatment for body and soul

We all know how relaxing a massage or sauna is. Very few people, however, know that you can try a massage with the amber or poppies (Panevėžys). Or you can take a beer, herb or milk bath (Kupiškis district). You can even try apitherapy (bee therapy) (Plungė district).

Is this still Lithuania?

You will be amazed at the places you will discover on your travel through Lithuania’s different regions. For instance, Akmenė’s quarries are called the Canyons of Mars for a reason – the relief of the location looks like an uninhabited planet. The swamp of Aukštumala (Šilutė district) looks like savannah. By the way, did you know that the US television channel HBO shot the TV series “Chernobyl” in Ignalina’s nuclear power plant? The power plant welcomes visitors.

Tourist in his own city

Sometimes you do not need to leave your city to experience something new. Take Vilnius, for example. You can explore new routes using a map designed for children with different tasks or you can take part in a tour through the residential areas, the marketplace, etc. In Kaunas, tours of buildings with inter-war architecture or even private flats are very popular. Klaipėda offers dance tours to churches or tours that follow the path of Queen Louise.

Every manor in Lithuania tells its own story and each welcomes guests differently. For instance, you can learn how to play croquet in Rokiškis Manor, how to dance aristocratic dances – in Gelgaudiškis Manor (Šakiai district), ride a horse or attend an afternoon lecture in Akmenėliai Manor, have fun at the festival of first president Smetona – Užugiris Manor (Ukmergė district), look for treasure in Biržuvėnai Manor (Telšiai district).

There are also plenty of trips suitable for families with children in Lithuania. It may take more than a summer to visit the Park of Labyrinths (Anykščiai) or the Park of Dinosaurs (Klaipėda district), the alpaca farm (Trakai district) or the Village of Owls (Vilnius district), Pippi’s villa (Jonava) or the Valley of Rabbits (Utena district).

Visitors are one again allowed onto Gediminas Hill in central Vilnius after a break of around eight...

How to make the best of the Kaunas Marathon weekend

All the lovers & enthusiasts of running can’t wait for June 9 when the “Citadele Kaunas...