LT Daily
aA
Raimondas Karpavičius, one of the candidates running for the presidency of the Lithuanian Football Federation (LFF), has quit the race on the eve of the voting. 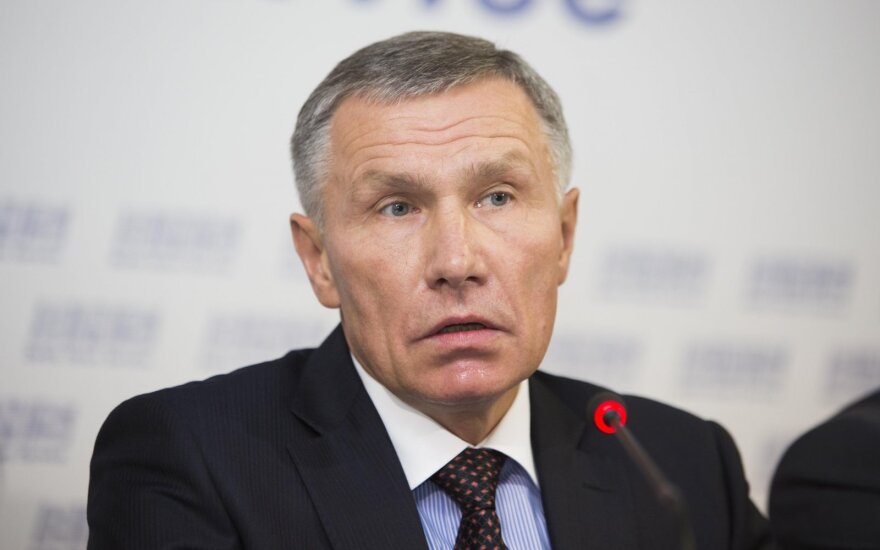 Karpavičius, businessman and one of the wealthiest people in the country, circulated a public letter on Tuesday, saying he decided to withdraw his candidacy.

"Having assessed the situation and the support showed to me by the football community, I regret to say that, even if I were elected the federation's president, I would not be able to keep my commitments and implement my programme of reforms in the LFF," Karpavičius said in the letter.

"Important though the post of the LFF president may be, he will be dependent on the LFF Executive Committee. As I've said before, bringing in fresh blood into the committee is one of the key tasks for the federation."

He added that another reason for withdrawing from the race was his reluctance to divide the unity of the federation.

"Antagonisms might bring negative consequences for the federation, possibly even temporary suspensions by FIFA and UEFA. This would be detrimental to the Lithuanian football," Karpavičius said.

He named Edvinas Eimontas as the most likely successor to the federation's outgoing president Julius Kvedaras.

"In my opinion, we must immediately change the LFF's by-laws, because that is the only way to bring in new people into the organization's management and set up an oversight committee," Karpavičius continued in his letter.

The federation and its current president, Kvedaras, is under investigation by state anti-fraud investigators.

The football federation’s presidential elections will be held on January 20 at a conference in Kaunas.

The Lithuanian Football Federation have said that four candidates have been nominated for election...

Officers from the Financial Crime Investigation Service (FCIS) carried out searches of the...

Don’t forget to pack some beach clothes and a towel in your suitcase or backpack, visit.kaunas.lt...