BNS
aA
American ice dancer Isabella Tobias, who was granted Lithuanian citizenship in 2013 to be able to represent the country at the Sochi Olympics, is reported to have adopted Israeli nationality ahead of the European championships. If that proves to be true, she will be stripped of her Lithuanian passport, the Interior Ministry said. 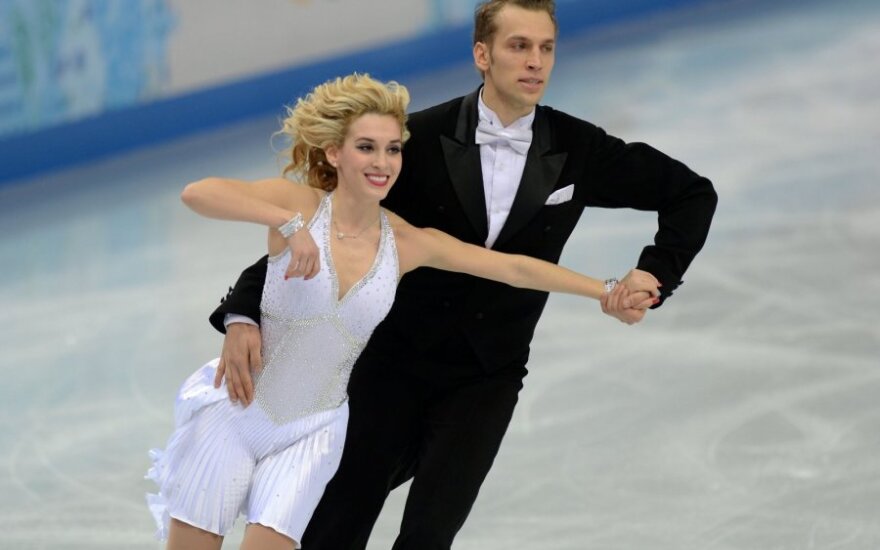 Lrytas.lt reports that Tobias said she easily got Israeli citizenship due to her Jewish roots and is now representing Israel at the European Figure Skating Championships.

"We had four options – Lithuania, Russia, the US and Israel. Ilya could get American citizenship only in a year. I would have had to change my American passport for a Russian one and I did not want to do that. I have Lithuanian citizenship, but after we talked to lawyers, we realized that Ilya would not get a Lithuanian passport. I am Jewish and Ilya also has Jewish roots, therefore, we easily got Israeli passports," Tobias said, cited by the news website.

"If it turns out she really has citizenship of another country, she will lose Lithuanian citizenship," Minister of the Interior Sauslius Skvernelis told BNS on Friday, responding to Tobias' statements.

Lithuanian laws do not allow Lithuanian nationals to hold dual citizenship, save for limited exceptions.

According to Skvernelis, Lithuania will ask Israel to provide information about Tobias' nationality and if it turns out to be true, procedures will be initiated to strip the athlete of her Lithuanian citizenship.

"After this fact came to light, Lithuania will look into it," Skvernelis said.

Tobias was granted Lithuanian citizenship by presidential decree in late 2013 to be able to represent Lithuania with her Lithuanian partner Deividas Stagniūnas at the Sochi Olympics. Stagniūnas has since decided to end his skating career.

After news broke that basketball player Žydrūnas Ilgauskas would lose his Lithuanian passport...