EN.DELFI
aA
On 6th July 1919, the first train of the Independent Lithuania left to Radviliškis from Kaišiadorys Station. On this important date, I would like to mention the most beautiful Lithuanian railway routes, which the organizer of train travel, the head of travel agency superkelionės.lt – Udrius Armalis, described me in detail. Travels: by Lithuanian, Latvian, Estonian, Belorussian and Kaliningrad railways, not only by train, but also by locomotives and dresine – such has been the experience of over 10 years of the organizer of these niche travels, a press release by travel agency superkeliones.lt states. 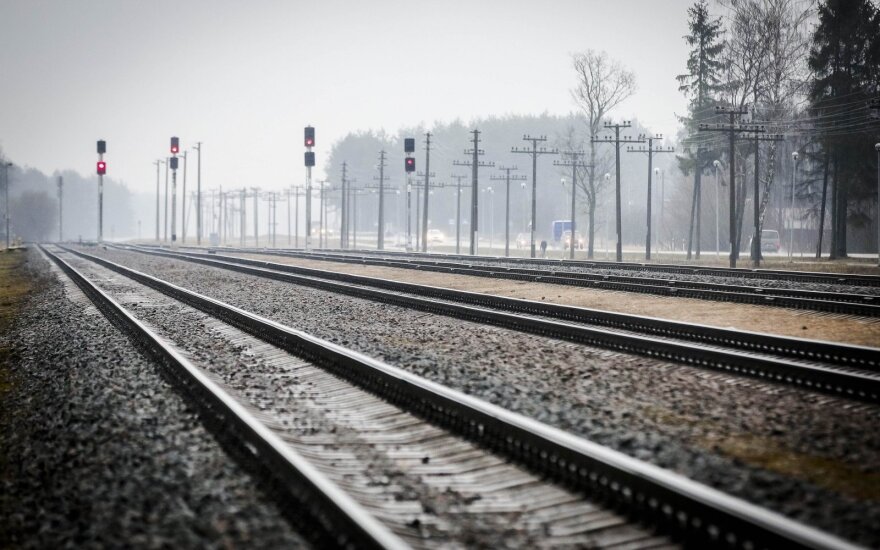 "There are a lot of exciting railway sections in Lithuania; each time you discover incredible objects, therefore, choosing the most beautiful routes is not easy. In addition, the history of Lithuanian railways has still a lot of undiscovered secrets to offer," said Udrius Armalis. One such secret, according to the organizer of railway travels, is the Forest (Miškas) military station near Radviliškis, which has not been re-discovered yet. U. Armalis argued that the Tryškiai section is also hiding its secret. "As a matter of fact, there are a few railway lines which we were unable to pass, one of them is in Klaipėda, leading to the port of Klaipėda. A travel route through this line could enrich the tourism potential of Klaipėda, so perhaps it will be possible to pass through it someday," reasoned Udrius Armalis.

Related articles
Asta and Linas who traversed the world on motorcycles have returned home: a record seems to be in the stars
Lithuanian souvenirs' vendors about the tourists’ habits

So, let's get acquainted with the five most interesting railway lines in Lithuania. It is unfortunate that travel on these routes is only possible by chartered trains, but maybe it is possible to expect "Lietuvos Geležinkeliai AB" to offer once again passenger rail traffic on these routes or to have these routes adapted for tourism?

5. Vilnius industrial railways. These railways were built in the Soviet era, they helped to provide services to industrial enterprises. However, the largest and most beautiful network of these railways is located in the east of Vilnius. You can start your journey at the Vaidotai Locomotive Depot. On this route, we continue towards the former Pušynas station, where the railway from Vilnius to Paneriai crosses through the bridge the Vilnius-Kaunas railway section, then reaches the Paneriai Railway Station and along the former railway tunnel leads towards the Vilnius Volunteers' (Savanorių) roads, where you can choose to travel up to a power plant or follow the winding road to ascend to the Vilnius passenger station. It is by following this route that the most beautiful view of Vilnius opens, where you can see not only the TV tower, but also the Old Town from the hill.

4. Utena-Švenčionėliai. It may seem that this is one of the "youngest" lines in Lithuania, but the history testifies to something else. After the construction of the St. Petersburg-Warsaw railway Švenčionėliai became an important railway node, so it is not surprising that it was here that it was decided to create a network of narrow railways connecting the city of Panevėžys and Belarus. Part of the narrow railways was dismantled around 1970, while in another other section it was decided to replace them with wide railways. In 1972–1974, the section between Utena and Švenčionėliai saw the railways' width to be changed from 750 mm to 1524 mm; however, it was not everywhere that new stations were constructed. Thus, on the way from Švenčionėliai to Utena, the old narrow-gauge stations can be seen today, and in Saldutiškis you can visit the estate of the founder of the narrow-gauge railway, B. Jaloveckis.

3. Kazlų Rūda-Alytus. Although the Kazlų Rūda-Šeštokai and Varėna-Alytus railway routes were launched before the World War I, the rail connection between Šeštokai and Alytus was only built after the war. It is said that after the battles against the Poles (1920–1922), there was a lot of railway rolling stock left near Varėna, which the they wanted to take back with them but there was no possibility to do that. As a result, the section was urgently constructed in 1924 by the army. It is unfortunate that today there is no possibility to ride the train in the city of Alytus, however, this is redeemed by a rail travel from Alytus to Šeštokai. An unusual journey on this route resembles a snake moving in a wavy motion between lakes and hills on the fields, while windows open to magnificent landscapes. True, there are no surviving stops in this section, but they can be enjoyed during the trip from Šeštokai to Kazlų Rūda, for the Marijampolė railway station alone is totally worth seeing.

2. Kaunas railway station – "Maistas AB". True, today we will not find such a company "Maistas AB", but the line that was built in the pre-war period has survived. The route which this line follows is one of the most prominent in Lithuania. After starting the travel at the Kaunas railway station, one crosses river Nemunas, then the direction of travel is changed, one arrives at the former Kaunas Fortress station. Having passed the silos of the Kaunas Fortress and still-used Jewish cemetery, the direction of travel is changed, and one slowly begins to ascend the Mount of Aleksotas. This railway section resembles a trip through a green tunnel or on forest railways. The travel ends at the Aleksotas Airport, where you can immediately take an airplane and take off to the sky. By the way, there are only a few aerodromes in the world in which the airplane runway is crossed by the railroad. The aerodrome of Aleksotas is among them.

1. Radviliškis-Pagėgiai. A travel on this route is a travel through the twists and turns of history and culture. Having started the trip in Radviliškis, which has long since been titled as the Lithuanian railway capital, on the way to Pagėgiai you can see the stations of the all historical periods: Tsarist (Radviliškis), Independent Lithuania (Varlaukis, Tauragė), and Soviet (Tytuvėnai, Viduklė). After passing through Tauragė, the former East Prussia border is crossed, and it seems that one is coming to another country – from Lauksargiai on we see German-style stations. The trip ends at the border station – Pagėgiai, where the traveller has the right to decide in which direction she wants to continue the trip – Kaliningrad or Klaipėda. Incidentally, it is in this section that the largest Lithuanian railway bridge of Lyduvėnai is located – the ride on it is undoubtedly breath-taking. Therefore, today it is the most interesting and beautiful railway route in Lithuania

In addition to the recreational trips to various countries of the world, travel agency Superkelionės.lt is also developing niche tourism, it has launched a number of non-commercial tourism projects, such as "Keliauk kitaip" (Travel Differently) introducing sustainable tourism, "Kitoks turizmas" (Different Tourism), introducing industrial and dark tourism, and #šaliamūsų ("#NearUs)," presenting the heritage of national minorities.

On Saturday a campsite with friends and family members near Vilnius marked the end of the round the...

Tourist s are calculating even when buying wooden souvenirs for only a Euro; and if they bought a lot...