DELFI EN
A planespotting site having no analogues in the country has been officially opened in the territory of Vilnius Airport. 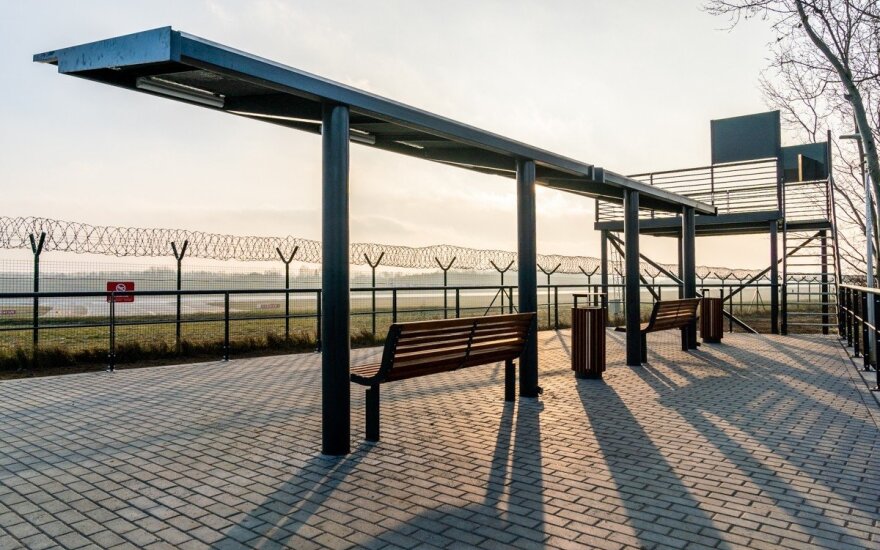 From now on, every Vilnius resident or guest of the capital aspiring to look at aircrafts will be able to do this safely and free of charge: the site will be open to everyone on a 24/7 basis, whereas security in it will be ensured by Vilnius Airport and police officers.

“Aviation flows, as well as the numbers of passengers and flights have grown in the whole world. We are pleased that from now on we will be able to welcome all aviation enthusiasts, fans and curious people at this site, which offers a view to the aircrafts”, told Head of Vilnius Airport Mr. Dainius Čiuplys.

Such a site in Lithuania is the first and the only one, set up in the southern area of Vilnius Airport, offering the best view to airport take-off and landing runways.

The site consists of two parts: an underground and an elevated part specially adapted for the needs of photographers; yet, it is also good for simply watching the aircrafts. A shelter and benches have been set up in the site, and next to it is a car parking lot. Next year, a children’s playground will also be erected by Vilnius City Municipality.

At the beginning of next year, information stands will be launched, which shall display information on most frequently seen aircrafts, machinery used at the airport and a general plan of the area.

The Mayor of Vilnius City Mr. Remigijus Šimašius says that such a site in Vilnius has been long awaited and unique, enabling both, city residents and guests, to discover another face of the country’s capital.

“The planespotting site is a window to extramural Vilnius, where you can explore the not yet discovered part of the capital, which possesses the country’s largest airport. This site will let each Vilnius resident to get to know the city a little bit better, and foreign guests to see that Vilnius is an vibrant, pleasant and a particularly hospitable city”, told the Mayor of the capital.

The territory of the site has been included into the overall Vilnius airport security system that will be supervised by the airport and police officers.

The site has been erected by the construction company “Ginstata”.

Medical personnel, airport staff and other authorities will on Tuesday take part in an exercise...

Vilnius Airport is starting to trial a barrier-free Kiss and Fly system for its main terminal road....