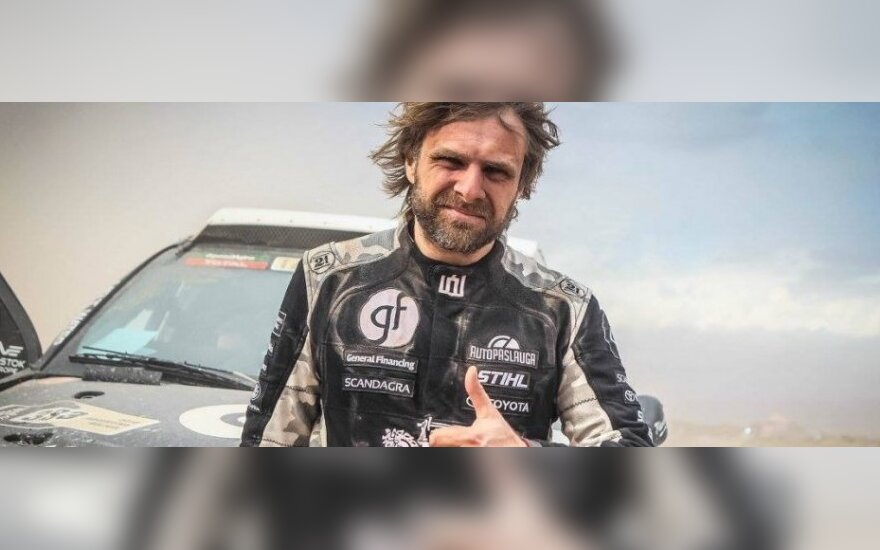 Half of the sum went on clothing for Vanagas' team whose camouflage-patterned outfits were designed to promote the Lithuanian Army among racing fans, 15min.lt reports.

"The Dakar Rally team wore military-style outfits with Lithuanian symbols. This image was widely covered in the Lithuanian media, with an emphasis on general values espoused by both the army and Vanagas' team: courage, determination and sacrifice, endurance, responsibility and commitment to one's country," the Ministry of National Defence said in a statement.

The ministry said the €20,000 was used from the funds set aside for promoting the Lithuanian Army. It said Vanagas, a successful racing driver who finished in the top 30 in this year's Dakar Rally, is a good role model for young people who might consider choosing a military career.

It said the goals of project was "promoting the symbols of the Lithuanian state and the army in Lithuania, and presenting them abroad; promotion of patriotic values; promotion of the army".

The Ministry said that young people, who look up to Vanagas, should "hear and see his support for the Lithuanian army".

Of the €20,000 the Defence Ministry gave to Vanagas' team, about €10,000 was used to design and outfit the team. Vanagas' spokesman Tomas Vaišvila said the four costumes - two for Vanagas himself and two for his co-driver Sebastian Rozwadowski - were designed and made by the French company Stand 21.

The rest of the sum was used for an intensive media campaign during the rally.

"The media campaign was conducted by a team of seven people; four in Lithuania and three in Argentina. The team produced and distributed a number of press releases, shared dozens of photos each day of the rally, produced over 20 short videos, reports, and interviews," Vaišvila said, adding that the communication was steered at promoting symbols of the Lithuanian state and the army.

The campaign also includes meetings planned between Vanagas and soldiers and youth groups.

Benediktas Vanagas crashes into a cow in Dakar Rally (2)

After a first stage of the Dakar rally was cancelled because of heavy rain, 300 vehicles started the...