DELFI EN
aA
Here are some of the most excellent events for you to enjoy. 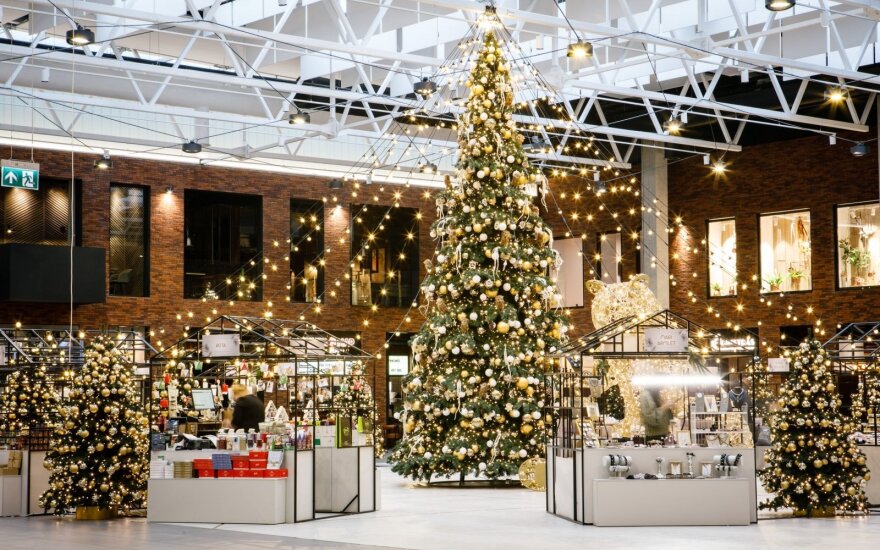 So you have decided to spend your winter holidays in Kaunas. Here’s what awaits when it’s dark outside, and the museums are closed. We’ve picked some of the most excellent Christmas and New Year’s Eve concerts for you to enjoy, visit.kaunas.lt writes.

This year’s winter celebrations in Kaunas are taking a unique, unexpected and colourful shape. Kaunas is inviting you to immerse yourself in a Christmassy Cosmos. Out-of-this-Earth experiences and long-lasting impressions are waiting ahead.

The square will be adorned with more than just a Christmas tree. Everyone is invited on a free journey to a mysterious planet. A planet where fairy tales are real, smiles are everlasting and the holiday mood never fades. Every day in the Cosmic Christmas Town you will find classes, workshops, books, theatre and music.

The New Year’s Eve celebration “Cosmic New Year in Kaunas” with Lithuanian dance music performers will kick off right before midnight on the 31st of December. Free of charge!

“The Secret of Christmas” is an exciting musical journey that will feature the songs of the legendary Ella Fitzgerald. On this journey, the jazz icon will be accompanied by Kaunas big-band and an owner of a velvet timbre Sofia Rubina-Hunter. Sofia is a talented Estonian singer, who has released three studio albums featuring different music genres – house, jazz-folk and funk.

Once again the Christmas sledges are running through mountains, forests and seas. Christmas bells, hilarious storytellers and a bunch of familiar heroes are approaching us. Well-known characters from cartoons and cinema will be stopping by the Kaunas culture centre.

Together with them, the audience members will have to put on their detective hats and solve a mystery. What will they look for? You will only find out when you arrive at this mysterious, thrilling, exciting and very Christmassy concert. Kaunas wind orchestra “Ąžuolynas” will be leading you on this journey through the adventure trails of Christmas.

Same as every year Kaunas wind orchestra Ąžuolynas invites you to a musical Christmas evening. This time the orchestra will take you on a trip around the world. You will hear English, American, Ukrainian, Flemish, Spanish, German and Lithuanian pieces. The orchestra will perform not only joyful melodies but also compositions of the patriarch of Lithuanian music Juozas Naujalis, whose 150th anniversary we have been celebrating this year.

“Macbeth” is an opera in four acts by Giuseppe Verdi, with an Italian libretto by Francesco Maria Piave and additions by Andrea Maffei, based on William Shakespeare's play of the same name. It’s the first time the opera is staged in Kaunas.

In this concert, Jurgis Brūzga and Kaunas big band will be performing the most memorable Christmas songs and melodies. Cheerful and romantic, jazzy and childish tunes together with the refreshing aroma of fir, ornate garlands, homemade cakes and the dearest people around will create the perfect Christmas mood.

It’s the fourth version of Giuseppe Verdi’s festive work in the Kaunas theatre. It was first shown just before we celebrated 2000. In fact, Traviata was the performance to start the history of Lithuanian professional opera in the first place. It was back in 1920.

Kaunas big-band and singer Povilas Meškėla invite you to say goodbye to 2019 and meet the new year with the legendary songs of the Lithuanian Frank Sinatra – Stasys Povilaitis.

On the New Year’s Eve VMU Chamber Orchestra, conducted by Vytautas Lukočius, as well as soloists Zbignievas Levickis (violin) and Laimonas Salijus (accordion) will perform a festive concert “Seasons”. In the show, you will hear the masterpieces of classical music including “Four Seasons” by Italian Baroque master Antonio Vivaldi and “Four Seasons in Buenos Aires” by Astor Piazzolla.

Can’t imagine your day without singing “Our love is alive, and so we begin / Foolishly layin’ our hearts on the table /Stumblin’ in”? Perfect. See you in the biggest arena in the Baltics.

Hurry up to try these trolleybuses

"Mes - lietuviai pasaulyje ", the group on Facebook that unites around 14 thousand Lithuanians,...

The Lithuanian capital has officially started the holiday season by lighting up the Christmas tree...