Berankis knocked out of Australian Open

Alex Tigani | The Lithuania Tribune
aA
Tennis star Ričardas Berankis added another chapter to his rivalry with Ukrainian Alexandr Dolgopolov during the first round of the 2016 Australian Open. 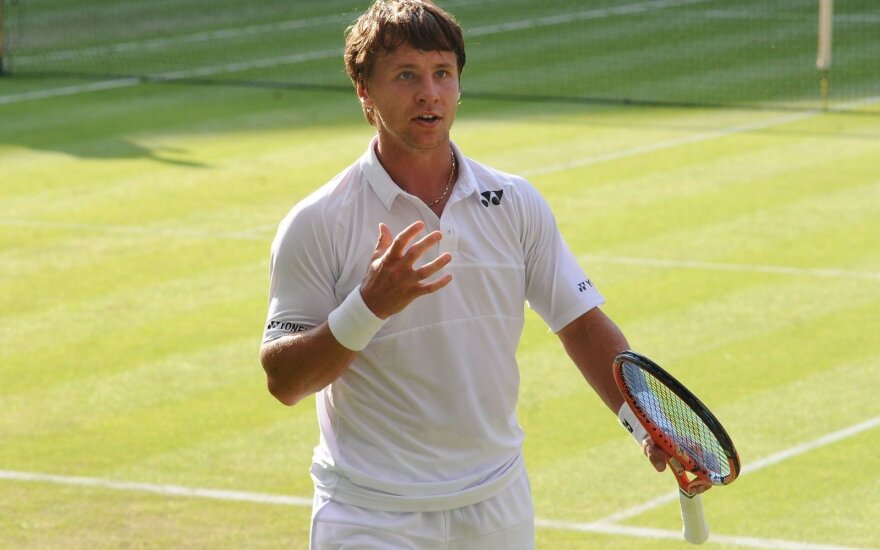 The 25-year-old Lithuanian bounced back from a slow start to take charge of the second set and looked on track for success as his opponent vacated the court seconds later.

However this momentary break was justified by Melbourne’s scorching weather (reaching 37°C) with many patrons across Melbourne Park suffering sunburn and sunstroke throughout the day.

After regaining his composure the world number-35 Dolgopolov returned to the court and rectified his previous errors to claim another memorable victory over the Lithuanian (final scores: 6-1 3-6 6-4 6-2).

Two years earlier Berankis and Dolgopolov sparred off on the adjacent court to start their respective 2014 campaigns.

The match saw a competitive opening two sets before Dolgopolov was released from his shackles in the third to record an enduring 7-5 7-5 6-2 victory.

Nevertheless the Lithuanian would not be able to hold off Illya Marchenko and, as a result, Lithuania has now been relegated back to the third tier of the prestigious International tournament.

While rivalries add flavour to the sport it is important to acknowledge supporters as a key ingredient.

Therefore after reflecting on the afternoon I believe the real winners were the members of the ‘Berankis Brigade’ supporters group; a vocal contingent which celebrated its five-year anniversary by igniting the crowd through chants in both Lithuanian and English.

The focus is now on Dolgopolov as he faces 17-time Grand Slam champion, Davis Cup winner and Olympic Gold medalist Roger Federer (Switzerland) in the second round on Wednesday.

Ričardas Berankis , Lithuania's best tennis player and number 85 in the world, kicked off the 2016...

Berankis and Grigelis inch down in ATP rankings

After a new ATP ranking update was published on Monday, four of the six ranked Lithuanians lost their...