Berankis back on track at Gerry Weber Open

Aleksejus Podpruginas | the Lithuania Tribune
aA
After ten losses in a row, Lithuania’s best tennis player Ričardas Berankis is back on track with qualification to the main draw of the Gerry Weber Open championship. 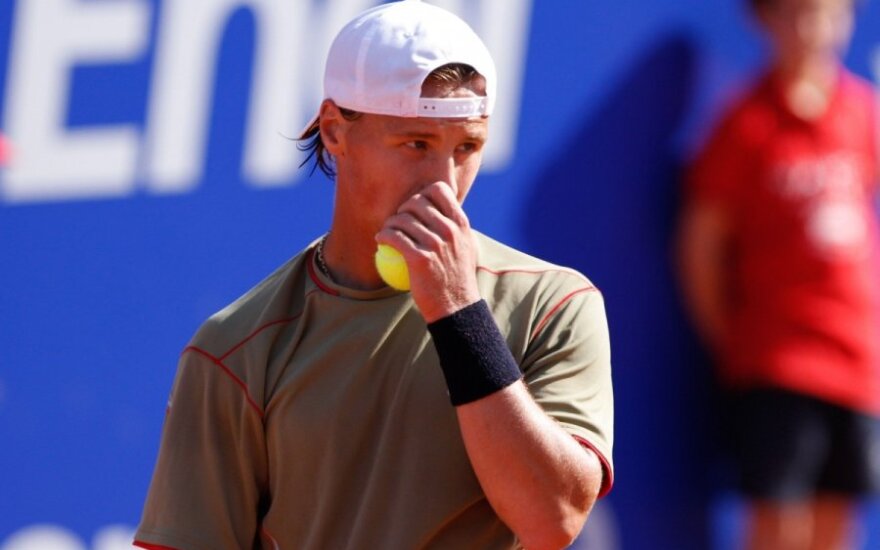 24-year-old Berankis managed to qualify for the prestigious grass tournament in Halle, Germany. The Lithuanian’s last match was against Canadian Vasek Pospisil, world’s number 53 tennis player. Berankis, who currently ranks at the 93rd spot, beat the Canadian in a rapid match of straight sets with 6-3 6-3.

In the first round of the main draw, Berankis will have to generate more creativity in order to surpass the world’s number 20 player, Spaniard Tommy Robredo. 33-year-old Robredo is ranked fifth in the tournament. It will be the first meeting between the two.

Latvian Ernests Gulbis, who has had a spell of bad luck over the last few months, will play in the first round against Ukrainian Sergiy Stakhovsky. The winner of the match will probably have to play against Federer who will face German Philipp Kohlschreiber in the first round.

It is one of the most important preparation tournaments before the third Grand Slam of the season, Wimbledon that will start nearly in two weeks. The prize fund in the tournament is EUR 1,574,640. The winner will get 500 ranking points and EUR 381,760.