Alex Tigani | The Lithuania Tribune
NBA star Jonas Valančiūnas has continued to be recognised by his national fans after receiving his third LKF (Lithuanian Basketball Federation) national player of the year title in four years. 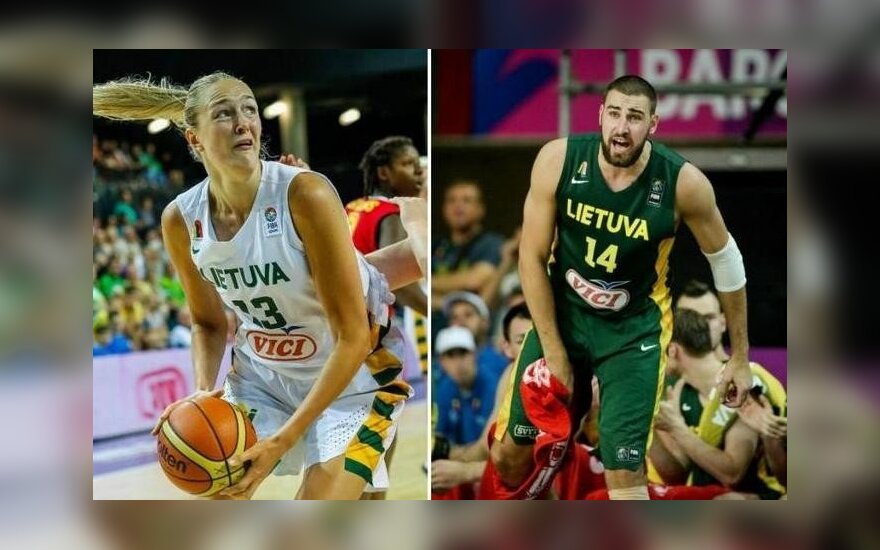 Both Gintarė Petronytė and Jonas Valančiūnas added to their previous LKF player of the year awards. Photo courtesy of DELFI.

The Utena born star collected an overwhelming result of 38.8% after public voting came to a close earlier this week.

The 22-year-old center also finished runner up in last year’s award, one which has been in alliance with Lithuania’s online news portal DELFI since 2008.

Lithuania’s captain Mantas Kalnietis finished runner up with 14% of the national vote; a remarkable effort considering the PBC Lokomotiv-Kuban star was absent from the FIBA World Cup due to broken collar bone.

Donatas Motiejūnas, Renaldas Seibutis and Mindaugas Kuzminskas rounded off the top five after an impressive year with the national team while Šarūnas Jasikevičius placed 7th.

The 38-year-old LKL playing assistant coach was the highest ranked player outside of the current International team; receiving 3.7% of the vote from his devoted Žalgiris Kaunas fans. 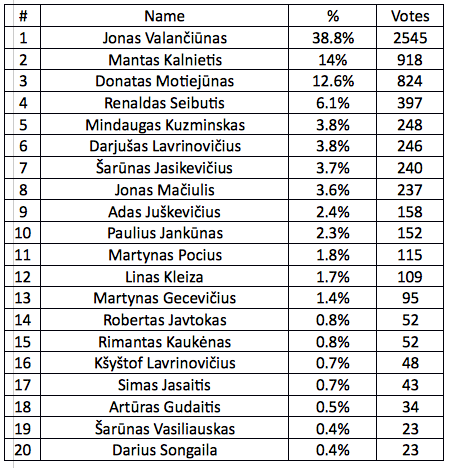 The 25-year-old star born in Panevėžys, averaged 14.8 points for Lithuania across the national team’s successful 2015 EuroBasket qualifying round.

Petronytė has played domestically in Greece, Poland and is partaking in her second stint in Turkey where she is based with Hatay Büyükşehir Belediyespor.

Surprisingly, Okockytė only missed out on the title by 3 votes after exclusively revealing that she had experienced a year divided by two halves.

“Initially, my year was nothing spectacular as I was based in Spain yet unable to gain the court time I had desired,” said Okockytė. 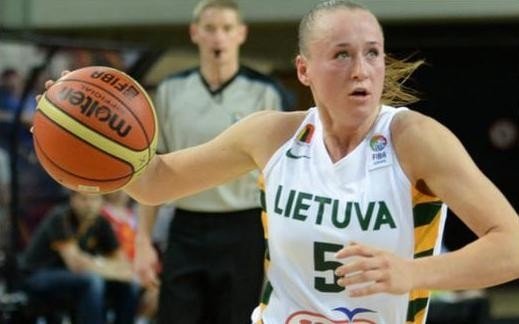 “Thankfully, I was able to represent Hoptrans-Sirenos which boosted my team credibility in an environment where I was able to average 14.7 points per game.”

Like so many rising stars before her, the 22-year-old also impressed in Lithuania’s national team; averaging 8.7 points across a handful of dominant victories.

“As the main point guard for the national team it was satisfying not only to average 8.7 points but to also secure Lithuania a spot in next year’s EuroBasket tournament.” 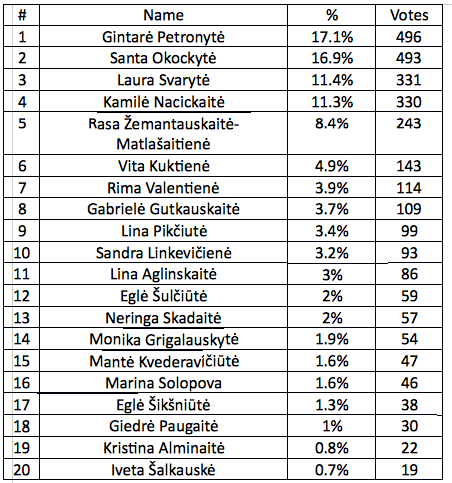