LSM.lv
aA
The Latvian capital Riga is hosting the Group D Phase of Eurobasket 2015 on September 5-10 in which national teams from Latvia, Lithuania, Estonia, Belgium, the Czech Republic and Ukraine will be competing for the right to advance to the Final Phase of the European Basketball Championship which will take place in Lille, France. 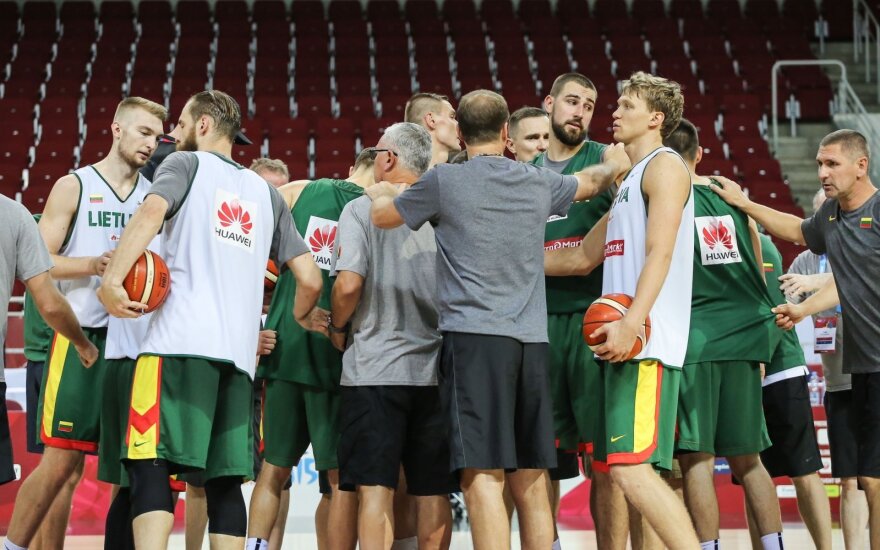 The previous Eurobasket game between Latvia and Lithuania saw Lithuania win with 67:59, though Latvians have the pleasure of basking in the glorious past, as Latvia won the 1935 EuroBasket championship, an event of nationwide significance that was immortalized by Aigars Grauba's 2011 sport flick Dream Team 1935.

Lithuanian Prime Minister Algirdas Butkevičius is visiting Latvia at the end of this week, and is scheduled to meet with his Latvian counterpart Laimdota Straujuma. They will later watch the Lithuanian-Latvian basketball game of the European Basketball Championship 2015.

"During the informal meeting, the prime minister will discuss the issue of illegal immigration in Europe, the events in Ukraine and will also speak about the upcoming joint meeting of the Lithuanian and Latvian government in the Lithuanian city of Rokiškis on September 18," Evelina Butkutė–Lazdauskienė, spokeswoman for Butkevičius, told BNS on Thursday.

According to the Lithuanian prime minister's agenda, he will go to Latvia on Sunday and will be accompanied by his wife, adviser Vytautas Janušaitis, Government Chancellor Alminas Mačiulis and several other representatives.