Alex Tigani | The Lithuania Tribune
aA
Sports fans across the world woke up in shock this morning after Australian Football League senior coach Phil Walsh had been found stabbed to death by his son at his Adelaide home. 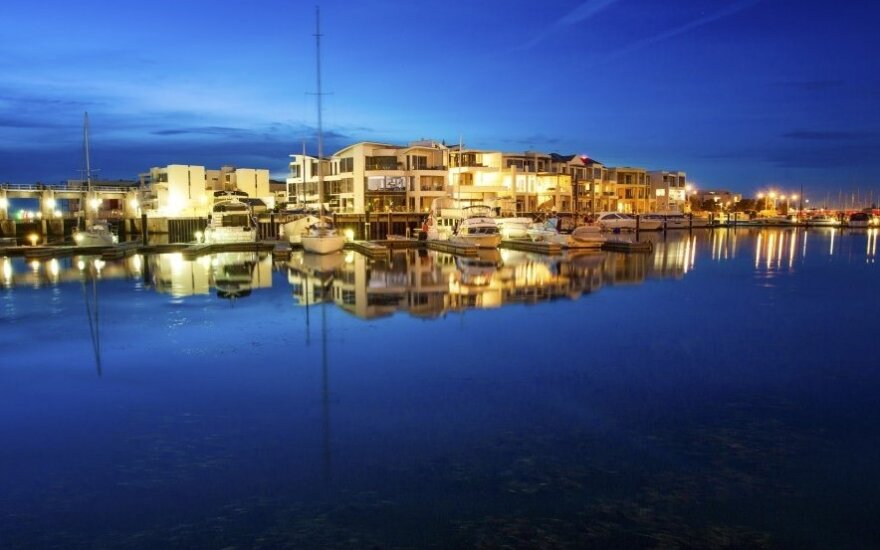 South Australia Police had been called after a domestic dispute in the early hours of Friday morning (Thursday evening for Lithuania) where the 55-year-old was treated for knife injuries.

Cy Walsh, 26, fled the scene before he was arrested nearby and was charged with murder while Walsh's wife, Meredith, was taken to hospital after receiving non-life threatening (leg) injuries.

Superintendent Des Bray told reporters outside the Somerton Park home that there had been an argument at 2am on Friday.

“There's been an argument, I can't tell you anything about the argument... but as a result of that both Walsh and his wife received a wound and the wound ultimately caused Walsh’s death,” said one of many South Australia detectives.

AFL CEO Gillon McLaughlan announced at midday that the Adelaide v. Geelong match scheduled for Sunday would no longer take place as a mark of respect for the deceased father figure.

As a result the two sides will receive two AFL premiership points each.

Meanwhile the remaining matches of the weekend will be played without the winning team’s post-match song, already evident in Hawthorn’s 10-point win over Collingwood this evening.

In his first year as an AFL coach, Walsh guided the Adelaide Crows to record a convincing 7-5 start to the season which included a 77-point win over North Melbourne in Round 1.

Walsh also played for Collingwood and Richmond from 1983 alongside a handful of AFL Premiership players before finishing his AFL career with the Brisbane Bears where he would win the club’s inaugural best and fairest award in 1987.

Overall, the Australian football public has rallied as one today and will continue to unite in the days to come.

Fans across the nation have hung their football scarves on display as a sign of respect for the cherished coach.

A vigil has also been created outside of the club’s head-quarters where both sets of Adelaide Crows and (cross town rival) Port Adelaide fans have left flowers and messages of condolence.

Amongst the many footballers in shock of the news this morning was Ziggy (Zigimantas) Vitkunas who is the current leading goal kicker of the state’s Great Southern Football League.

The Mt Compass star revealed that he had learnt of the tragic loss through a text message early this morning.

“It was 7:30am and I didn't believe it at first until I switched on the radio and checked the social media coverage,” said Vitkunas.

“As I work as a delivery driver I was out and about and even the weather was pretty gloomy all day, let alone the customers I served.”

So far this season the Australian-Lithuanian has kicked a total of 47-goals from 11-games for Mt Compass including a dozen in his side’s 67-point win over Strathalbyn.

Though the league has a bye this round the 24-year-old has been selected to play in a two day country carnival.

“I'm pretty certain everyone will be paying their respects tomorrow and also Sunday by wearing arm bands at the very least,” said Vitkunas.

He admits his thoughts will also be with the Adelaide playing group led by first year captain Taylor Walker which features many familiar names from Vitkunas’ days at the famous SANFL club Sturt.

“Before the Crows players had their own SANFL team, we trained and got to know a fair few of the boys that weren't getting picked that week for the AFL; many are still part of the team today.”