BNS
aA
The number of Lithuanian residents with alcohol-related inched down slightly last year but the number of alcohol-related deaths rose for the first time since 2011, the latest figures from the Institute Hygiene and published by the country's statistics office, Statistics Lithuania, showed on Friday. 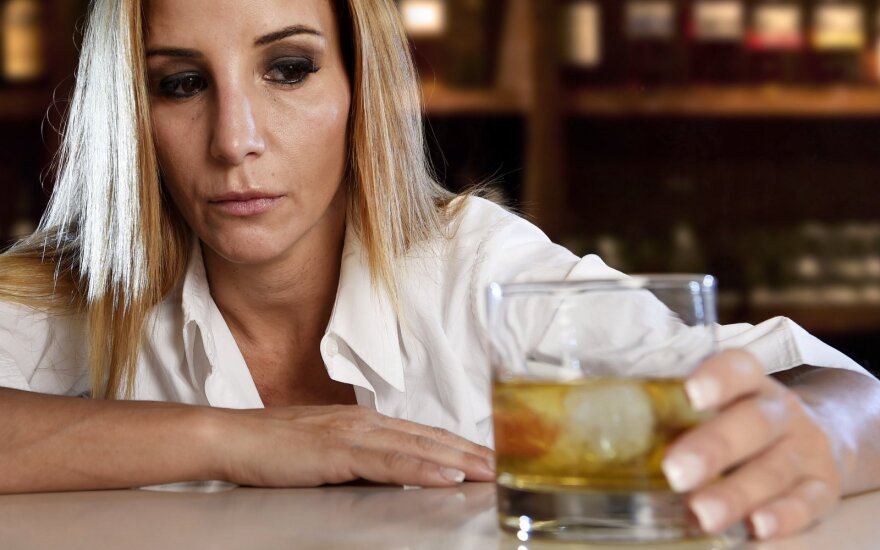 Having consistently gone down since 2011, the number of directly alcohol-related deaths rose again last year and stood at 544, up by 37 cases, or almost 7 percent. There were slightly over 19 deaths per population of 100,000 last year.

Statistics Lithuania says four out of ten people who died of alcohol-related causes had liver diseases, and over a quarter died of accidental alcohol overdose. Around every eight person died of alcoholic cardiomyopathy.

Men were 3.5 times more likely to die of alcohol-related diseases. More deaths per population of 100,000 were recorded in rural areas, then in cities, standing at 23 and 18 respectively.

The majority of alcohol consumption related diseases involved men aged 45-49. The retae was more than 3 times higher among men than among women.

The prices of services have risen more than 22 percent since the euro introduction in Lithuania in...

Researchers: alcohol restrictions have not encouraged people to drink less

Despite the government-introduced alcohol consumption restrictions and increased excises, people's...