Wooden 1930s synagogue in Kulautuva will not be preserved

the Lithuania Tribune
A wooden synagogue from the 1930s which was recently discovered underneath another building near Kaunas will not be preserved, the Kauno Diena daily reports. 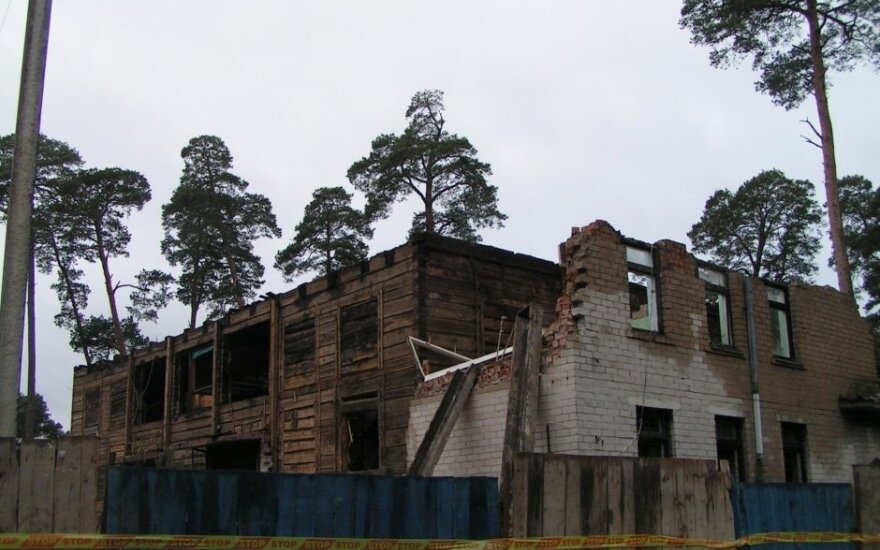 The Culture Heritage Department has decided not to list the synagogue in Kulautuva as protected heritage, since the structure is too deteriorated.

Walls of the wooded synagogue, built in 1935, were recently discovered underneath layers of brick of a later building.

Initially, the Lithuanian Ethnographic Museum intended to move the structure to its open-air museum site in Rumšiškės, but decided against the plan after inspecting the structure.

"After taking down the layer of silicate bricks from the wooden walls, we discovered that the synagogue is in a really bad shape: the building is partially burnt, the walls are rotten, some window openings were enlarged during the Soviet times, although some authentic openings have remained," says Asta Naureckaitė, inspector of the Culture Heritage Department.

She adds that experts from the Rumšiškės museum will inspect the building once again, but will probably not move the structure to the museum in its entirety. The rest will be torn down.

"The most important thing is to document everything. The owner of the building will make drawings of the façade that we will keep them in our archives," Naureckaitė said.

Before WWII, Kulautuva was a popular resort town of 400 near Kaunas, with about 60% of its population Jewish. The wooden synagogue was built in 1935 after designs by N.B.Joffe and Isaok Trakman.

After the war, it was turned into a warehouse and remodelled into a brick structure in the 1960s that housed a culture centre and a library.