Why Viasat will not stop airing propagandist Russian channels

(4)
Andrius Tapinas
aA
A couple of weeks ago, Lithuania lifted the three-month suspension of the broadcasting of the Russian channel RTR Planeta. Prior to that, NTV Mir Lithuania resumed its broadcasts. Along with the PBK (First Baltic Channel), these channels comprise the backbone of the pro-Putin propaganda that is disseminated in Lithuania. This and more is covered in the following journalist investigation. 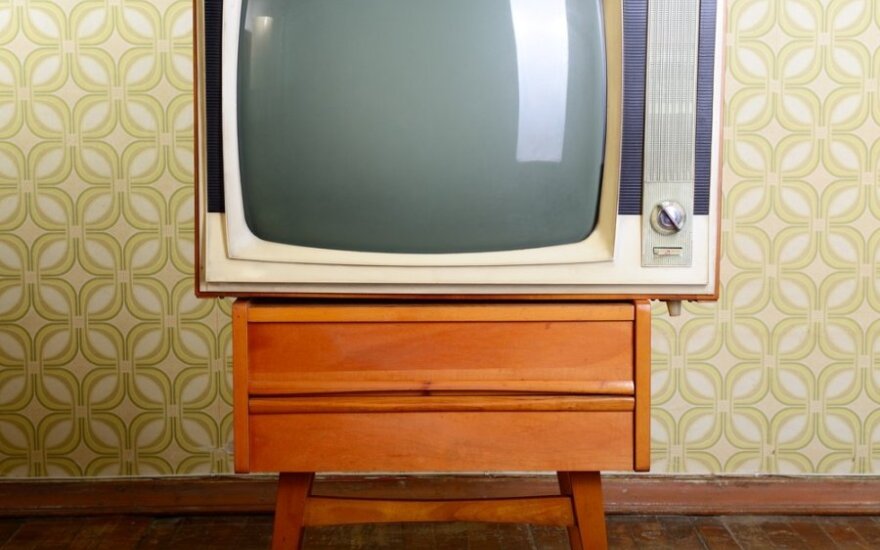 The Lithuanian Radio and Television Commission (LRTK) spokesman Viktoras Popandopula said that unless no further violations of the Lithuanian laws are found, the channels may be subject to extensive restrictions, up to a complete ban of the broadcast.

However, there is a far greater issue that all authorised bodies, including the LRTK and cable television companies, are alert about.

Viasat, one of the largest satellite television broadcasters in Lithuania, is owned by the Swedish media group MTG (Modern Times Group). In Lithuania, the Swedes also run TV3, TV6, and TV8 channels, and are the only foreign capital company to control Lithuanian TV channels on a national scale. In other words, it is a company that ensures Scandinavian transparency and neutrality, a counterbalance to the Lithuanian capital Lithuanian channels LNK, BTV, and Lrytas television.

Viasat turned a blind eye on the requirements of the Lithuanian bodies to stop the broadcasting of the Russian channels. LRTK lawyers reluctantly admit that with the prosecutor’s office declining to initiate an investigation, there is nothing Lithuania can do.

In a commentary to the online portal Delfi, Viasat gave a very nice explanation of such a decision.

“We are not restricting the broadcasting of the Russian channels out of respect for the freedom of speech,” said Henrik Toremark, MTG head of public affairs. 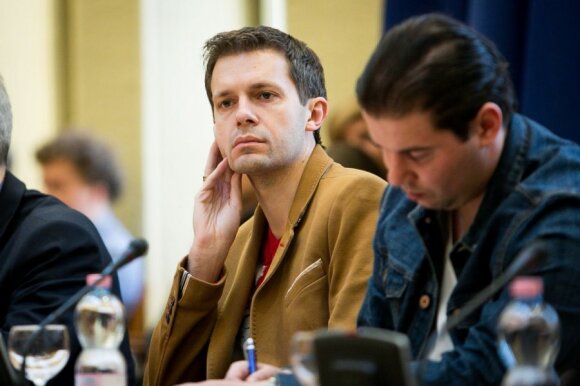 “NTV Mir Lithuania is not subject to regulation in Lithuania, thus Viasat cannot discontinue the channel that has a valid agreement and is paid for by the client. We are absolutely mindful of the sensitivity of the issue, thus we are bringing to the attention of NTV Mir Lithuania our concern and calling on them to act responsibly,” according to Per Lorentz, the head of group public relations at MTG.

“We have turned to lawyers for an “unbiased opinion”,” said Per Lorentz himself.

And so, there is an unbiased opinion, a call on acting responsibly, the freedom of speech. Everything is nice, democratic and western.

And everything is total bullshit.

MTG is the only foreign company that runs the Russian television channel. It is STS television that, together with another three niche channels, all belonging to STS Media Group, is the second largest on the Russian television market, controlling 14.8% in the demographic group of ages 10 to 45 years old, a key target group for advertisers.

In its advertising reports the group boasts that with the help of Viasat it reaches a Russian-speaking audience of four million in the Baltic States.

MTG representatives on the Board of STS Media include:

Other members of the Board, especially the second shareholder Telcrest representatives Alexander Pentya and the co-chairman Angelo Codignoni, will be discussed further in this article.

For the moment, let us focus on the first question.

In the Russian media market, which is held in the tight grip of the Kremlin’s watchdogs, there is hardly any freedom of expression left. Foreign companies are increasingly declared unwelcome in Russia. So how come a Swedish company is controlling the second largest media group in Russia? How is that possible? How close must the relationship with the Kremlin be for such a model to exist without any restrictions?

And then there is another issue. The major and practically the only channel that brings advertising money to STS Media groups is Video International, the largest advertising agency in Russia.

Mind you, describing it as the “largest” would be an understatement. According to data of the Federal Antimonopoly Service of Russia, Video International controls around 70% of the advertising market on the national and as much on the regional television. Considering that we are speaking about Russia, the real volume is greater, i.e. nearing a natural monopoly. Video International has found a loophole in the antimonopoly restrictions and, as reported by the newspaper Kommersant, where advertising sales are not possible, the company engages in simply “consulting” the media channels.

Video International enjoys exclusive long-term contracts with the Perviy Kanal, the VGTRK (a group of state-run Rossiya channels), and the National Media Group (the Fifth Channel, REN TV). This covers only the television.

Although STS Media has its own advertising agency EvereST-S, Video International declares to be offering full support to the “everests”. In other words, the company keeps a tight hold on the advertising money.

How is it possible that a private company such as Video International wields such enormous influence? How could Kremlin allow it?

Well, Video International has not been a private company for a long time now. Up to 2010, its shareholders were private entities but after July 2010 its shares landed in other hands, namely the bank Rossiya, one of the largest Russian oil and gas companies Surgutneftegaz, and one of the richest oligarchs Mordashov, the CEO of Severstal.

Interestingly, all of them own a share in the National Media Group, even though Video International may appear to operate separately.

Apart from the already mentioned television channels and Video International, the National Media Group also owns the influential newspaper Izvestia, the Russian news service, and a 25% stake in the First Channel. The bank Rossiya is the backbone of the group.

Since July 2012, the Board of the National Media Group has been chaired by Putin’s loyal oligarch Yury Kovalchuk who is also the major stakeholder of the group’s shareholder, bank Rossiya. In 1996, he created a cooperative called Lake together with Putin. 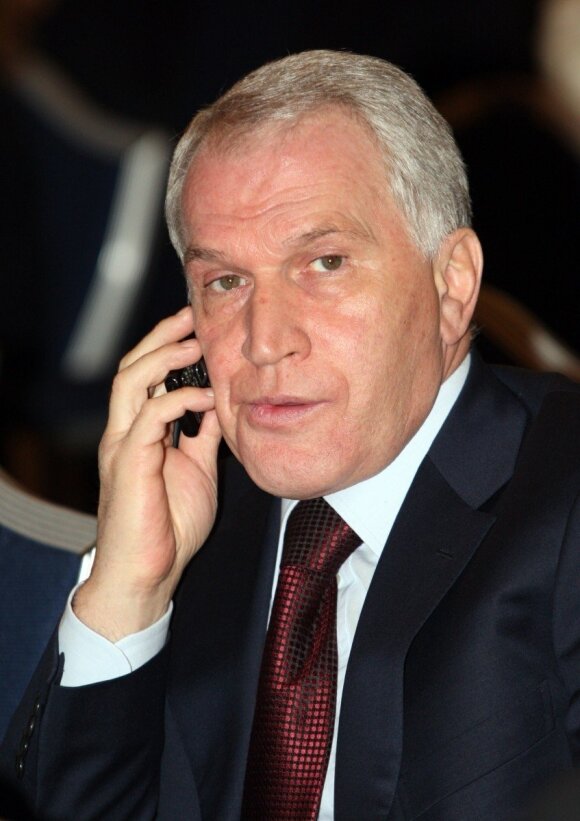 According to US financial authorities, Kovalchuk is considered to be the cashier of Putin and is under US sanctions. By the way, sanctions have also been imposed on the bank Rossiya.

The situation gets even better: the National Media Group has a public service headed by Alina Kabaeva who is occasionally alleged to have links with the Russian president.

Let us take a closer look at the founders of Video International. In 1987, the company was founded by Mikhail Lesin.

Formerly the Russian minister for press and mass communication, he was later dismissed from office as the adviser to President Dmitri Medvedev due to overly close relations with Kovalchuk, according to Russian media. The propaganda channel Russia Today is credited to be the brainchild of Lesin who, as claimed by some sources, also contributed to the establishment of the National Media Group.

Some Russian journalists note that in any other country such a mega-holding like the National Media Group, controlling both the media and the agency that provides the advertising, not to mention the consulting services, would be unimaginable. This is not the case with Russia though.

Another interesting point to make is that in his time, Codignoni was also the member of the Public Board of the National Media Group. It was the same Board that was chaired by Alina Kabaeva.

Tellingly, the US move to blacklist the bank Rossiya in March had repercussions on STS Media, too. Telcrest-delegated representatives of the Board cannot discuss or adopt decisions that affect the activity of STS Media. The scenario could have been still worse if STS Media had been sanctioned but the US Department of Treasury applied a 50% rule, i.e. sanctioning only those companies that are majority-owned by the bank Rossiya entities. 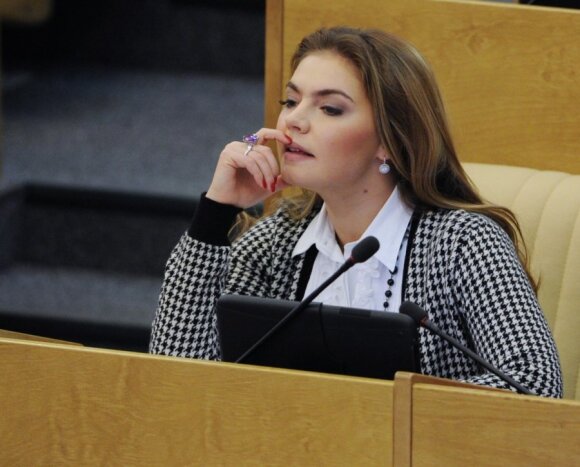 In other words, the blocking stake owner Telcrest has been and is the Kremlin. Straight, simple and clear.

And so, this is the picture that evolves: the transparent Swedish company MTG is neck-deep tied with the Kremlin structures and the close circle of President Putin, dwelling in the shelter of the National Media Group and the bank Rossiya.

Not only are they under the protection of Telcrest watchdogs Pentya and Codignoni but they are also guarded by Video International that may any time seize the flow of the advertising money. In its turn, STS forms an essential part of MTG, which today enjoys market capitalisation of USD 17 billion, meaning that MTG’s stake is valued at USD 650 million. In total, the capitalisation of the MTG group accounted for SEK 22 billion, or just over USD 3 billion, in 2013. Do the maths yourself.

The question here is to what extent was MTG’s agreement to pass on the controlling interest to the Kremlin-run Telcrest voluntary or subdued. The then MTG president Hans Holger Albrecht gave a very polite comment regarding the matter:

“We have held positive discussions with the shareholders of Bank Rossiya regarding our partnership moving forward, and the further development of STS Media.“

Meanwhile, Yury Kovalchuk, widely referred to as Putin’s “cashier”, did not lack graciousness in his response either:

“We, the bank Rossiya, view MTG as a long-term strategic partner.”

Can you now imagine the course of events if any of MTG-owned entities decided to discontinue broadcasting the Kremlin channels?

This is how the story behind Viasat’s decision unfolds.

You say – the freedom of speech, independent experts. There is nothing personal here, it is just business. This is business in Russia, a land of infinite possibilities.

In Lithuania and in the West, Putin's system of rule is still often described as a monolith pyramid....