Why Green Bridge statues did not become Bronze Soldier of Vilnius

(4)
Vilija Andrulevičiūtė,
www.lrt.lt
Eight years ago, the Bronze Soldier of Tallinn, a memorial for WWII Soviet soldiers, was relocated from the city centre, which led to controversy and riots, also known as the Bronze night. Some were expecting similar reactions to removal of the so-called Green Bridge statues in Vilnius. But when they were taken down last week, there were no conflicts or provocations. How come? 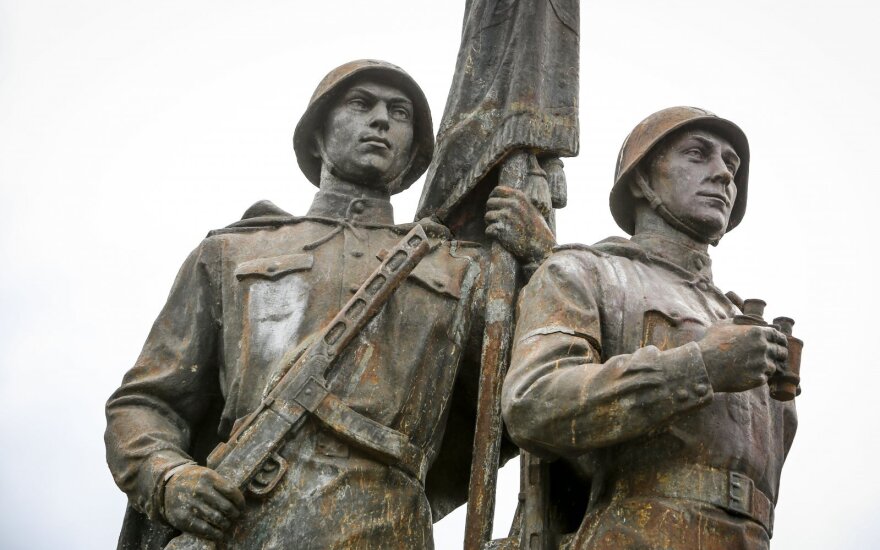 Russian-speaking community in Lithuania is better integrated into the society; moreover, the meaning of these statues has become less significant and the Russian media avoided provocations. These were some of the reasons quoted to the news portal LRT.lt.

In 2007, when the Bronze Soldier was being moved to the soldiers’ cemetery, riots broke out in the centre of the capital of Estonia. Several hundred protesters were breaking windows, burning market kiosks and turning over cars. After police interfered and dispersed a rally of several thousands, civil unrest began. During the massive riots with the police, one person died and at least 44 were injured.

Professor and philosopher of Vytautas Magnus University, Gintautas Mažeikis, says that such a reaction much to do with the meaning and value the statue had to Estonia's Russian speaking population. In comparison, the Green Bridge sculptures had much less importance to Russian speakers of Lithuania.

“The Bronze Soldier of Tallinn was associated with the grave of the unknown soldier. Although the grave was moved, the Russians of Estonia saw the sculpture as a monument for fallen soldiers. Even though the grave itself was no longer there, a religious and holy aura and respect for the monument remained. This was one of the reasons for the protests and riots,” Mr. Mažeikis said. 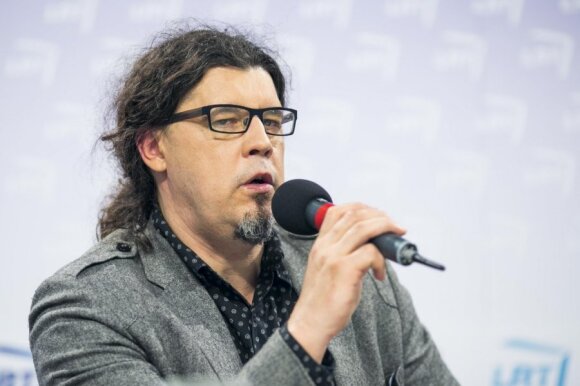 On the other hand, Eastern Europe Studies Centre (EESC) analyst Laurynas Kasčiūnas doubts that the symbolical difference had much of an impact on the civil reaction. “We know that if Russia wanted to, it could equalize the symbolical meaning of both, the Bronze Soldier, and the Green Bridge statues,” the analyst said.

Couldn't be bothered with propaganda

Both interviewees pointed out that when the Bronze Soldier was being moved, Russian propaganda in mass media and social media, which was becoming popular at that time, was particularly active.

“People were rallied and mobilised to go to Estonia in order to protest. The case of the Green Bridge statues was different, because we only saw representational messages in the Russian press and explanations about what’s happening. It is worth noting that the messages were written in a tone that was unfavourable to Lithuania, but no one invited people to take any sort of action,” Mr. Mažeikis noted.

According to the EESC analyst, the media had prerequisites to incite Lithuania's Russian speakers, since there were constant discussions about the historical and cultural significance of the Green Bridge statues. No one used the opportunity to rile people up, though. 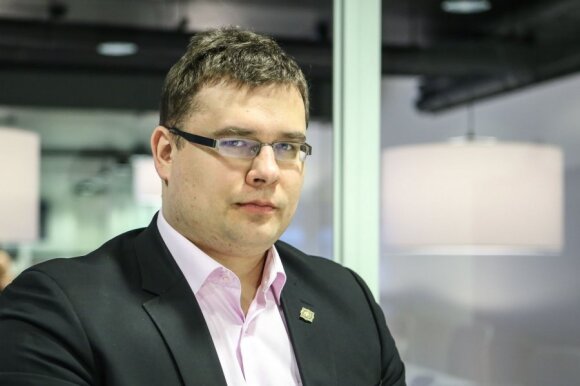 “We saw news reports by Russian media after the sculptures were removed. The reports said that we were trying to rewrite history, disrespect the Soviet army and are just one step from being fascist.

"Would early provocations be effective? I don’t know. I think that Russia recognizes that it has less chance of mobilising Russian speakers in Lithuania. On the other hand, it’s a proof of how organic the Lithuanian society is,” Mr. Kasčiūnas believes.

The EESC analyst says that integration of Russian speakers in Lithuania is much more successful than it was in Estonia eight years ago. It is the reason why Lithuania's Russian speakers don’t give in to manipulations by the Kremlin, like they do in Latvia or Estonia.

Another factor is that there are fewer Russian speakers in Lithuania.

Mr. Mažeikis shares the sentiment: “Lithuanian Russians living in Vilnius changed dramatically. I have said numerous times that the notion of a Russian speaker in Lithuania is inadequate, because Belarusian consciousness is getting stronger and Ukrainian consciousness is emerging, which is the opposite of what Moscow sees as a Russian speaker. Also, Polish people, who used to identify themselves with Russians before, are now completely different."

The increasing variety in the communities that use Russian abolishes the myth of a Russian speaker, which is the only thing Moscow could have used to rally people.

Both Mažeikis and Kasčiūnas also emphasise another important aspect, which is that over the 25 years of Lithuania's independence, there was never an openly pro-Russian organisation which defended the interests of Russian speakers. Such an organisation would naturally be a rallying point for any movement.

“In Lithuania, the Russian-language media either show loyalty for Lithuania, or try at least to stay away from controversy by not using an openly pro-Kremlin tone when opposing an opinion.

An institution which would organise resistance actions also doesn’t exist in Lithuania. [WWII] Veteran organisations are either too weak or have inactive members. The veterans might also remember the Second World War differently than Moscow does. I think that when we speak of Moscow’s propaganda in Lithuania, we give them too much credit,” Mr. Mažeikis concludes.

The northern Lithuanian city of Šiauliai has announced plans to dismantle a monument to Soviet...