When do Lithuanians prefer to marry?

Elta EN
aA
The young generation of Lithuanians prefer to put off marriage until their 30s, while their number-one priority is education and career, according to a survey. 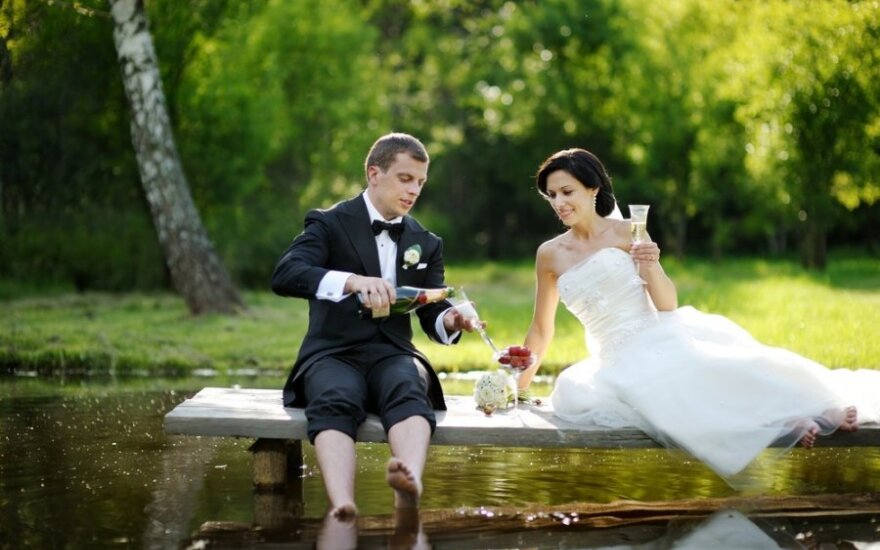 OMD Lietuva polled young people as part of The Future of Lithuania project. Results show that every third - or 37 percent - person in Lithuania aged 20-29 is not in any kind of committed relationship - either marriage, partnership or long-term dating.

"Many among our youth are free as birds. Not only do they not have families, or are formally married, but they don't even have boyfriends or girlfriends, don't date, are completely single. At this stage, they are transitioning from being parent-supported individuals to being self-supporting," says ODM Lietuva research projects manager Gintarė Surgutanovienė.

According to the survey, 26 percent of people in Lithuania between 20 and 29 are married. Two percent are divorced, one percent widowed.

The survey authors note that even when young people do get marry, they do not rush to having children. Only 23 percent of people in their 20s are parents.

"These young people have one more thing in common - delayed parenthood. If children mark the start of a new life cycle, new frameworks and routines, then these people live completely freely," according to Surgutanovienė.

It is estimated that, in Lithuania, 58 percent of people in their 30s have children and 84 percent in their 40s.

According to Surgutanovienė, the life model that was dominant not that long ago - finishing education at 23, instantly getting married and having children a few years later - no longer holds sway over most people in Lithuania, who prefer to postpone marriage and parenthood until they are 30. She adds, however, that women still expect to get married 3-4 years earlier than men.

"Indeed, new models emerge where having a family and kids is postponed, concentrating instead on establishing oneself in life, making a career. I'd also note the 'extension' aspect - despite our ageing society, people start living for themselves after they bring up kids," Surgutanovienė says.

If Lithuania were attacked by a foreign power, 41.7 percent of its people would go to defend the...

Compared to September, Lithuanian residents are slightly more optimistic about the outlook for the...

People in Lithuania place a priority on family, health and financial security, a poll has shown.

The Estonian parliament, the Riigikogu, approved on Thursday a law allowing same-sex couples to...