Well-advanced reconstruction of the Romuva movie theatre: what awaits the unique object in Kaunas?

EN.DELFI
aA
The legendary movie theatre Romuva will meet the reconstruction visitors markedly different. Here, authenticity of the interwar period will be combined with new functions. Apart from usual shows at the cinema, modern dance and other shows of performing art are planned to be arranged. 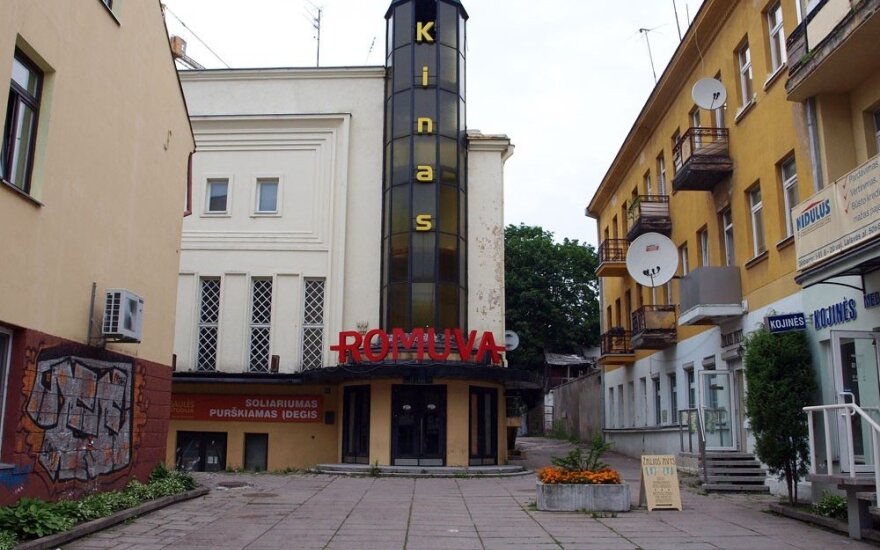 Repairs of the Romuva building going on intensively should be finished already this year and at the beginning of the next year the doors to the audience will be opened, Kaunas Municipality press office informed .

"The precise date of opening will be announced when the works will be coming to an end. Romuva was closed for repairs as far back as in November 2016. First of all, necessary works in the cinema hall were done. Then a technical design of the building reconstruction was finished and a public tender was arranged. All that has taken a little more than we have planned, however, everything now goes on smoothly and in accordance with the schedule. We expect that the works will be finished already during this year," told Ms. Monika Inčerytė, Interim Head of the Kaunas movie theater Romuva.

In the movie theatre Romuva built in 1940, all engineering networks, heating and air conditioning systems, doors, and windows will be renewed and the façade will be refurnished. Changes also await the cinema hall itself – it will be adapted not only for the demonstration of films, but also for performing arts. According to Ms. Inčerytė, modern dance and other shows will be held here.

On the second floor, a space for educational workshops will be installed. After the reconstruction, Kaunas residents and city guests will be offered sight-seeing tours around the Romuva building.

The initial estimated total value of the Romuva reconstruction was EUR 2.3 million. However, already now this amount was reduced by EUR 400 thousand; construction companies offered a more favourable price in the public procurement; therefore, instead of the planned EUR 1.8 million, the contract works will cost 1.4 million. Thus, the total project price for today also drops to approximately EUR 1.9 million.

A little more than a million euros for the project implementation will be allocated according to the measure of the European Union for 2014-2020 "To actualise municipal objects of cultural heritage". Works are carried out by implementing the project "Actualisation of the cultural heritage object of the movie theatre Romuva in Kaunas by utilizing, optimising, and improving quality of services". The remaining funds are allocated by Kaunas City Municipality.

"Romuva located in Kaunas is not the only one movie theatre that dates back to the interwar period, but is also a very important cultural object in the broad sense. Kaunas cherishes its history; therefore, it is natural that nearly half of the funds necessary for the reconstruction have been allocated namely from the city budget. This is a state-protected cultural heritage object bearing the European Heritage Label. Besides, this is one of modernist architecture symbols in Kaunas claiming to be included into the UNESCO List of World Heritage," told Mr. Simonas Kairys, Deputy Mayor of Kaunas.

As long as the reconstruction goes on, the audience is welcome at the temporary Romuva cinema hall established in the yard of Kaunas Drama Theatre at Kęstučio St. 62.

A two-day European Capital of Culture Forum starts in Lithuania's second-largest city of Kaunas is...