BNS
aA
Jews living in Lithuania never said Lithuanians were a nation of Jew-shooters and don't plan on doing so, but Lithuania should acknowledge the topic of the Holocaust, Faina Kukliansky, the leader of the Lithuanian Jewish Community, said in a press release issued in the wake of heated discussions on the Holocaust. 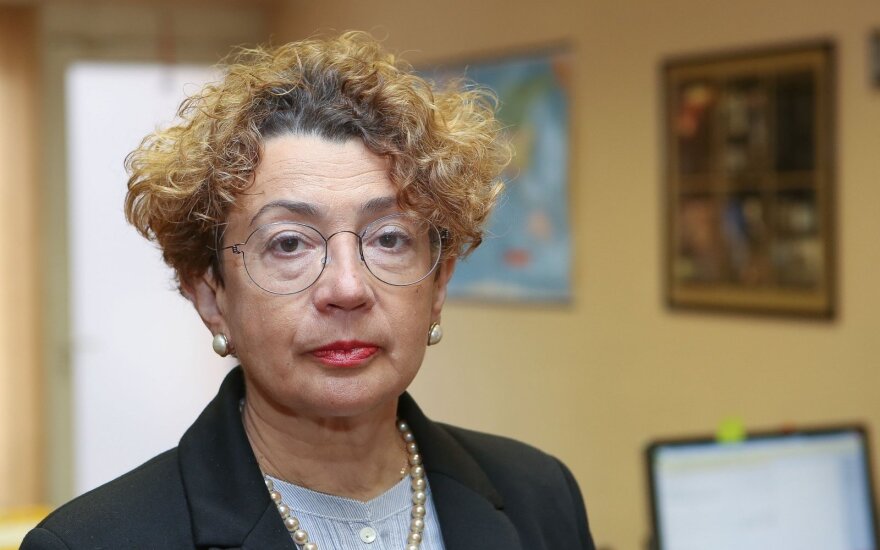 "Not everything in connection to Jews causes turmoil in Lithuania. We have always made an effort to build good mutual relations and will continue do so, regardless of what happened during the war. We chose life in Lithuania, we are citizens of Lithuania, we have been part of Lithuania for more than 600 years. We never called Lithuanians a nation of Jew-shooters and do not plan on doing so," Kukliansky said in her message on Monday.

She also noted that "the Lithuanian government never had the courage to include the history of Jews in Lithuania, which was annihilated by the Holocaust, into school education programs."

"Many promises remained as drafts. The Holocaust experience may travel from generation to generation, as a subconscious guilt and shame of its perpetrators, making it difficult to sincerely speak about it out loud. It may be difficult to open the darkest and the most infamous page of Lithuania's history. Why are there heated discussions on social networks about participation in the Holocaust? This is because young people knew very little about it," says Kukliansky.

About 90 percent of Lithuania's pre-war Jewish population of 208,000 perished during the Holocaust, with Lithuanian accomplices often assisting the Nazis. Some 877 Lithuanians have been recognized as Righteous Among Nations for rescuing Jews.

The recent discussions on the Holocaust and Lithuania's role in it were triggered by a book by Ruta Vanagaitė about the Lithuanians' complicity in the Jewish massacres.