BNS EN
aA
Lithuania must ensure the representation of the interests of all persons living together, Julius Pagojus, the candidate to become the country's next justice minister, said on Tuesday. 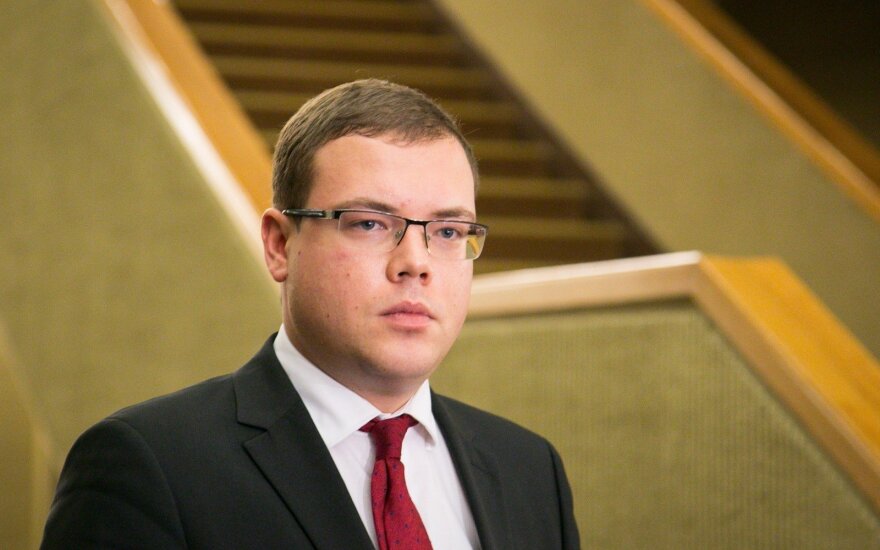 "The rights of people living together must be protected," he added

Pagojus was speaking to reporters after meeting with President Dalia Grybauskaitė.

Juozas Bernatonis, the justice minister in the caretaker government of Social Democratic Prime Minister Algirdas Butkevičius, initiated draft legislation to legalize partnerships between unmarried opposite-sex couples, but attempts to introduce the bills before the parliament have been unsuccessful so far.

Pagojus, who worked as an advisor to Bernatonis between 2012 and 2014 and later held the post of deputy justice minister, said that he felt sufficiently experienced to take the ministerial job.

The 28-year-old Social Democrat currently is the head of the State Consumer Rights Protection Authority.

Lithuania's justice minister-designate Julius Pagojus came under criticism on Wednesday after the...