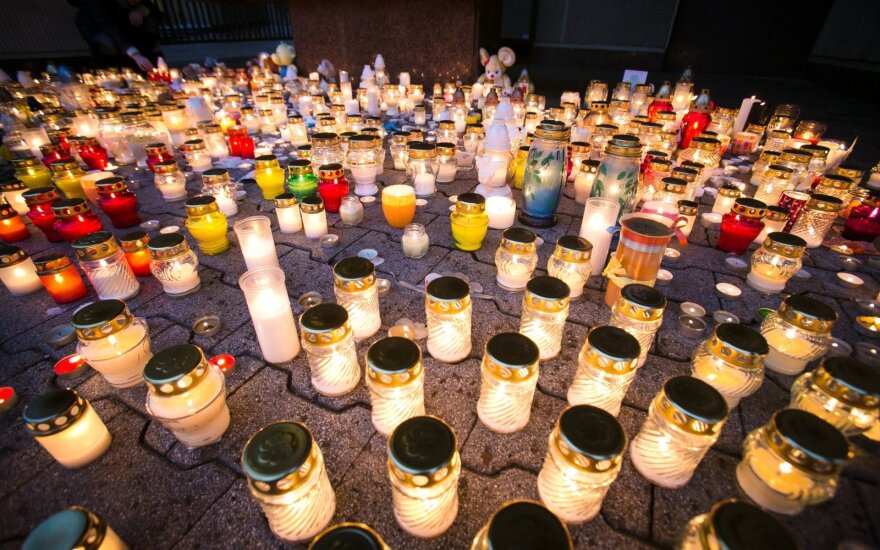 Candles in the front of the Seimas
© DELFI / Andrius Ufartas

In her words, corrections are needed in the children's rights protection system and the law-enforcement's work in such cases.

"In case of violence against an adult who makes a statement or testifies, it is an entirely different story from a child saying he had been beaten – in the best-case scenario, he is subjected to psychological tests to establish whether he lied. An adult is never asked whether he lied or not, while a child needs to prove he lied or didn't lie," Žiobienė told journalists after meeting with Parliamentary Speaker Viktoras Pranckietis on Monday.

In her words, centralized child's right protection divisions would give specialists broader mandate to work.

A four-year-old boy died in Lithuania last week after being admitted to hospital after severe beating in his Kėdainiai home. An investigation was launched, his mother was detained for seven days, while his stepfather will spend three months in custody.

Social Security and Labor Minister Linas Kukuraitis has pledged that amendments on centralization of the children's rights protection system would be submitted during the extraordinary Seimas session on February 14. The session should be called over the changes that were not approved during the fall session.

"This is a function performed by the state – a division or a representative, depending on the municipality in every district, which would be independent and have a clear number of limited functions," the minister said in comment of the system he intends to propose.

A Lithuanian court has issued arrest warrants for the mother and stepfather of the 4-year-old boy who...