aA
The Vilnius Yiddish Reading Circle, which is celebrating its seventeenth year, has been concentrating this autumn on prewar Yiddish newspapers from Vilnius and Kaunas (Vílne and Kóvne, to use their Yiddish names), trying to balance literary materials with entertaining episodes of the day and the light they shed on a now-vanished civilization that once thrived here. 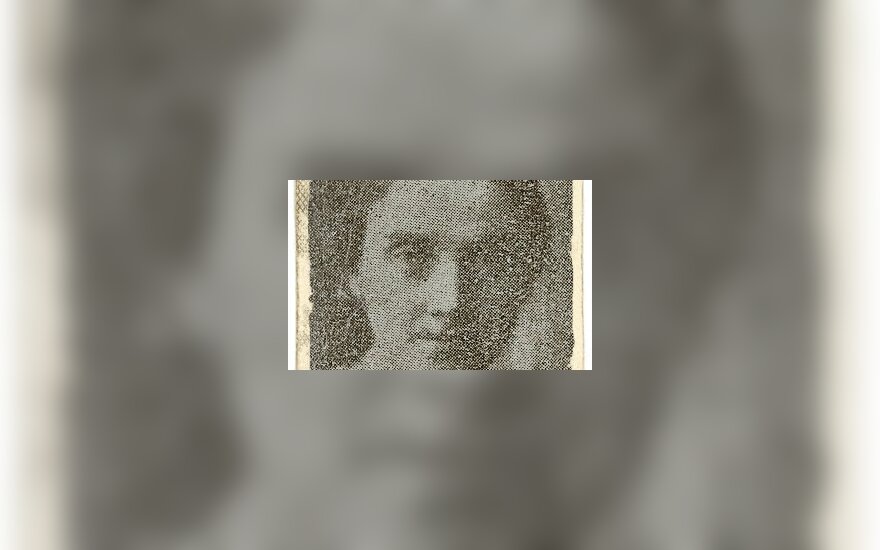 This year, the Reading Circle, founded in 1999 by a New York born Litvak, Professor Dovid Katz, who continues to lead the project, is held each week at the Jewish Culture and Information Center on 3/5 Mėsinių Street in Vilnius Old Town, once in the heart of the Old Jewish Quarter (and during the Holocaust years, in the Vilna Ghetto, from 1941 to 1943). The street is known in Yiddish as Yátkever gas (“Butcher’s Street”).

The Reading Circle is conducted entirely in Yiddish but people of all backgrounds are welcome to attend and listen (as an old saying goes: “Listening to Yiddish is good for your health”). The next sessions are at 6 PM (1800) sharp on Thursday evening 26 November and on Wednesday evening 2 December. Admission is free and everyone is welcome. Participants who would like to buy coffee and snacks (including delicious toasted bagels with various toppings) at the on-site Jewish style café are asked to come fifteen minutes earlier.

The reading circle has decided to devote part of its final sessions this term to several incredible women Yiddish educators who pioneered serious Yiddish education in the twentieth century. The first of these will be Helena Chatskels (Chackeles), who was born in Kaunas in 1882 and died in the city, over the age of ninety, in 1973. Her name came up it seemed by magic, last week, when one of the circle’s stalwart participants, Professor Josifas Parasonis (head of the Dept. of Engineering Architecture at Vilnius Gediminas Technical University) recalled that right after the war, as a very young boy, he had studied in the Yiddish school established in Kaunas after the war by Helena Chatskels. It was closed down by Stalin’s regime in 1948.

Helena Chatskels had been involved in anti-czarist revolutionary activity as a girl but after the failed revolution of 1905 devoted her entire life to Yiddish education. During World War I, she was among the architects of the modern Yiddish secular Yiddish school system that arose during the German occupation of Vilnius. But then she settled in her native Kaunas and went on to author Yiddish textbooks that became classics in the new Lithuanian Republic. They are written in rich Yiddish that synthesizes classic and modernist elements, and in a tone that treats the pupil as a conceptual equal who needs to be excited and inspired enough by the material to want to continue. Her books are all richly illustrated (often by her own drawings). During the interwar years, she was the backbone of Yiddish elementary and secondary education in independent Lithuania and her books were used around the world. She contributed many essays to pedagogical journals. She survived the Holocaust by evacuation to Central Asia.

One of her science textbooks Di érd un di vélt (“The Earth and the Universe,” published in Berlin in 1924) integrates geography and astronomy and some elementary principles of physics. Its cover introduces the Yiddish speaking children of Kaunas, where the book was a huge hit, to one Isaac Newton. 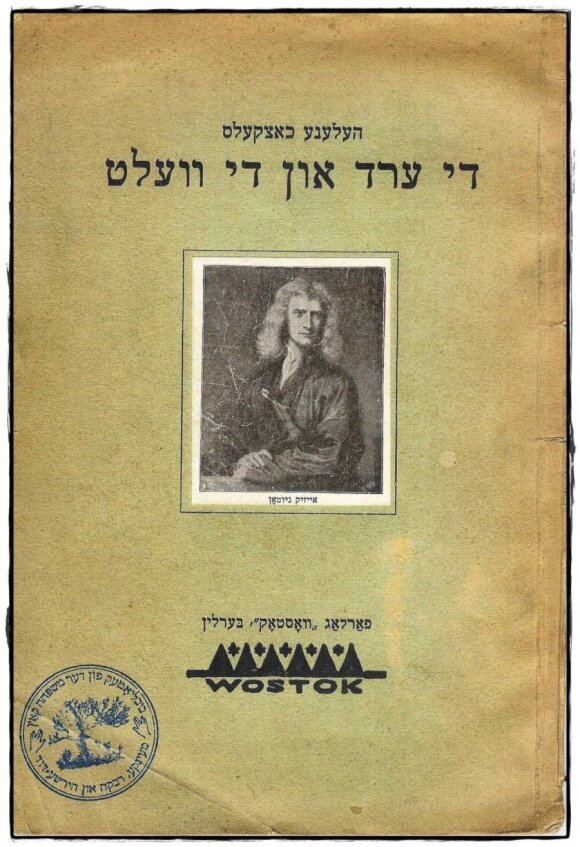 After a month of concentrating on prewar Yiddish newspapers from Vilnius (Yiddish Vílne), the weekly...

Vilna Yiddish literary reading circle invites to its next meeting (1)

After a successful experiment at the first session it was decided that each week’s session would...