BNS EN
aA
Roma nationals moving out of the notorious settlement in Vilnius should be eligible for compensation, which they could use for renting flats outside the settlement. 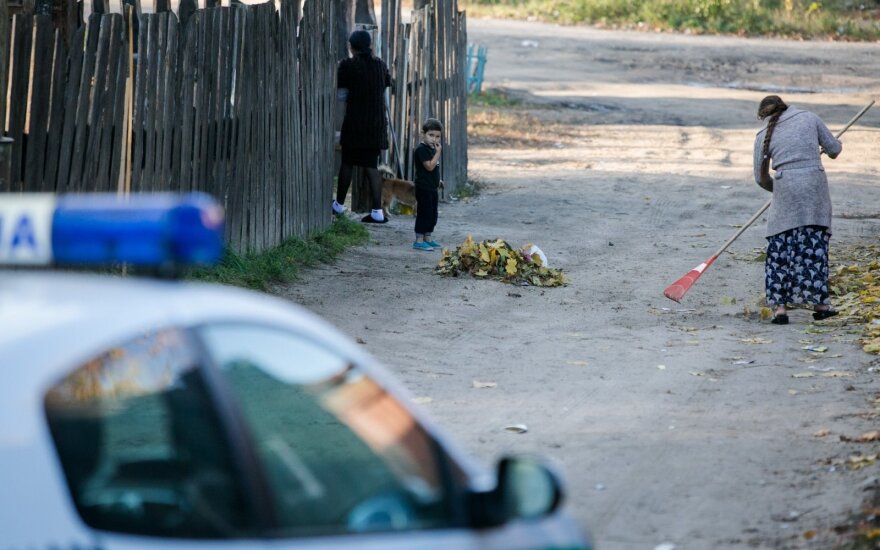 On Wednesday, the Lithuanian capital's council should discuss a compensation scheme that would envisage payments for all Roma nationals living in the Vilnius settlement whose property and income per capita is below the size of income supported by the state and whose own housing is depreciated, with an area per capita is under 10 square meters. The measures are envisaged in the municipality-approved Roma integration program aimed at accelerating the movement of Roma people from the settlement dubbed by the police as one of the main drug dealing points in Vilnius.

Vilnius Vice-Mayor Gintautas Paluckas said the compensations would amount to 72 euros per person. The Roma moving out of the settlement are already eligible for the compensation, however, the new scheme would envisage a separate line for the Roma people.

"This is a what can be called as a second or a separate line, with positive discrimination of the people from the settlement, as we want the settlement to fall apart. Housing is one of the critical points, therefore, we are adding a separate Roma line to the general compensation scheme," said Paluckas.

According to the 2011 general census, Lithuania's Roma community had about 2,100 members. The Vilnius settlement is the largest concentrated habitat of Roma nationals in the Baltic states. At the beginning of 2017, the Vilnius settlement had up to 400 residents, including 100 children.