The Vilnius Town Hall is hosting on Tuesday evening a discussion on whether or not to rename a street named after Kazys Škirpa, which is located in the heart of the capital. 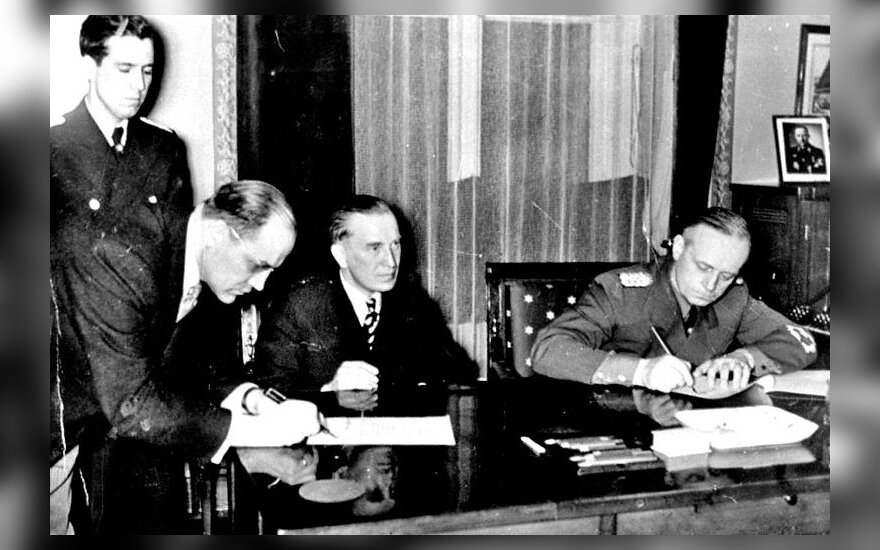 Discussions on Škirpa's role have been going on for years now. Proponents emphasize his merits in establishing an independent state and organizing resistance to the Soviet occupation, but critics point to manifestations of anti-Semitism during World War Two.

This public consultation is also open to anybody who wishes to submit their opinion via the internet at this address: https://goo.gl/forms/JPTMkAk5oeLiOs4n

Among the speakers will be Chairman of the Supreme Council Vytautas Landsbergis, historians Rimantas Miknys, Antanas Kulakauskas, Alfredas Rukšėnas and Simonas Jazavita, writers Antanas A. Jonynas and Sergėjus Kanovičius, journalist Vidmantas Valiušaitis, Vilnius City Councillor Mark Adam Harold and Director of the Vilnius development agency “Go Vilnius” Darius Udrys. The discussion will be moderated by member of the Municipality’s Names, Monuments and Memorials Commission Darius Kuolys. Speeches will last a maximum of seven minutes each.

For those who wish to speak in the debate on Tuesday, there is an option in the form to request such an opportunity. The first twenty applicants will be invited to give a one minute speech from the podium. For spectators registration is not required.

Following the debate and the online consultation, all opinions will be submitted to the City Council, where a vote will be held to decide whether or not to change the street name.

Lithuania presents its efforts against anti-Semitism in Jerusalem forum

At the 5th Global Forum for Combating Anti-Semitism held in Jerusalem on 12-14 May, Lithuanian...

Rūta Vanagaitė: Lithuania is still competing with the Holocaust (1)

Rūta Vanagaitė ’s project “The Paneriai Lullaby”, which lets you interact with Jewish...

Jews of Lithuania do not feel discriminated and therefore will make no complaints to the visiting US...